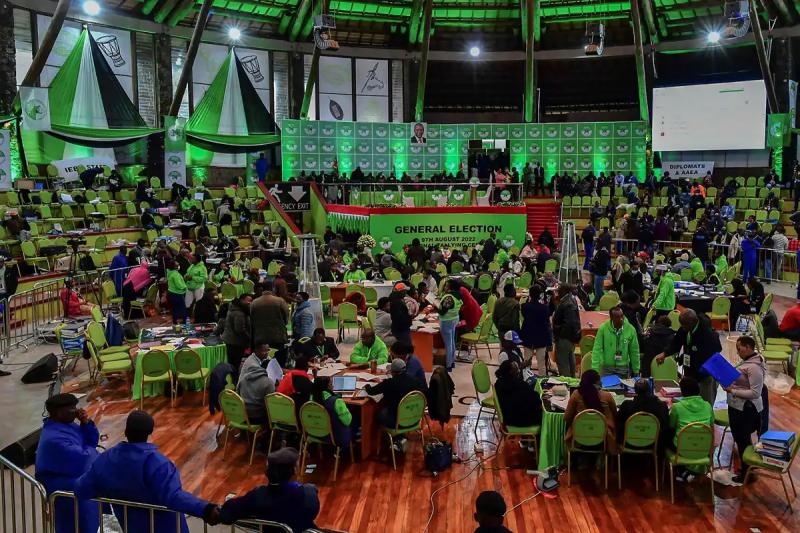 The campaign had already been atypical with a record number of female candidates, three of whom appeared as running mates of the four presidential contenders.

Last Tuesday, 22.1 million voters had to choose their new president, as well as 290 MPs, 47 Senators, 47 County Governors and 1,450 County Assemblies.

Women won in the politically influential counties of Kirinyaga and Machakos as well as Meru, where former women's representative Kawira Mwangaza ran as an independent and beat her male competitors.

In the city of Nakuru, in the Rift Valley, women have won eight positions, including one as governor and senator.

“Now sit down and watch what women can do when they are in office,” said Tabitha Karanja, businesswoman at the head of Kenya's second largest brewery (Keroche Breweries Ltd) and newly elected senator. under the label of William Ruto's United Democratic Alliance (UDA).

Since the election of the first woman to Parliament in 1969, the political landscape in Kenya has remained predominantly male and the application parcel parity.

The 2010 Constitution requires a two-thirds/one-third balance between men and women in Parliament. But the two houses, dominated by men, have never passed a law to this effect, despite legal challenges to force their hand.

The number of women elected had already increased in 2017, to reach approximately 20% of the National Assembly. However, Kenya remains far from some of its neighbors, such as Rwanda, in terms of parity.

The political journey of Kenyan women is often strewn with pitfalls and that of the candidates of 2022 was no exception .

The campaign 'has been marred by violence against women' despite government warnings and promises to tackle the problem, according to the International Federation for Human Rights and the NGO Human Rights Commission of Kenya.

However, “the emergence of more women candidates confirms that these primitive tactics no longer work as well as in the past,” noted in its editorial in the August 5 the influential Kenyan newspaper Daily Nation.