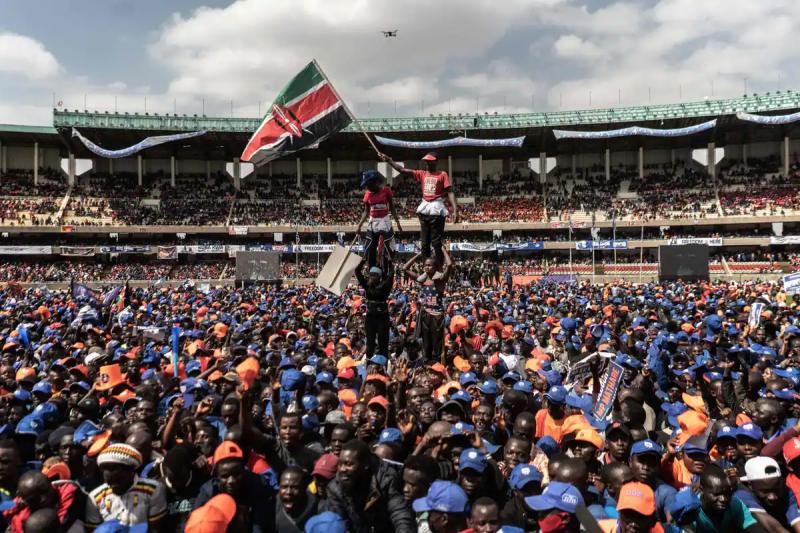 Several people were injured on Tuesday after a mob tried to break into the Nairobi stadium where Kenya's new president William Ruto is to be sworn in, local media reported.

Hundreds of people tried to climb the gates that surround the Kasarani stadium, a 60,000-seat complex, filled by dawn.

On local television images, hundreds of people gather in front of an entrance, and several dozen fall on top of each other. Rescuers took away injured people, while the police initially seemed overwhelmed.

“From 5 a.m., the stadium was full”, announced on Twitter Bruno Shioso, spokesperson for Kenyan police, who encouraged people to watch the new president's inauguration ceremony “from the comfort of their homes”. (11 a.m. GMT). This ceremony comes five weeks after the August 9 election which saw Vice President William Ruto win by only 233,000 votes over Raila Odinga, a historic figure in the Kenyan opposition.