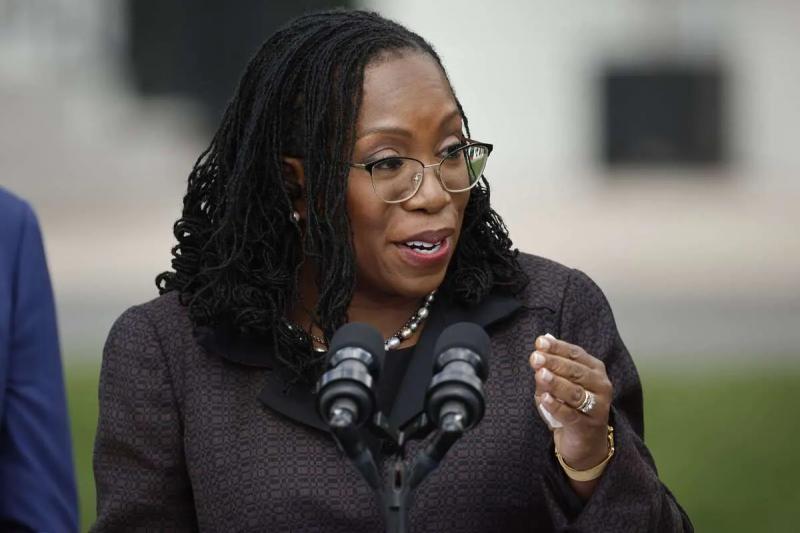 Progressive Justice Ketanji Brown Jackson became the first black female judge to be sworn in to the Supreme Court on Thursday, a historic entry with no immediate effect on the all-right turn of the American temple of law.

In the past week, the Supreme Court has struck down the right of American women to have an abortion, enshrined the right to carry a weapon in public, and expanded the place of religion in the public sphere. And, two hours before the 51-year-old judge was sworn in in the white marble building, her conservative justices limited federal means to fight global warming.

Listen to Loïc Tassé, specialist in international politics at the microphone of Vincent Dessureault on QUB radio:

< p>Ketanji Brown Jackson was chosen at the end of February by Democratic President Joe Biden, who had promised during his campaign to appoint, for the first time, a black woman to the highest judicial institution in the country, 233 years old.

Of the 115 justices who have served on the Supreme Court so far, there have been only five women – four white and one Hispanic – and two black men, one of whom, Clarence Thomas, was appointed by George Bush Sr. and still sits.

The American president had never ceased to praise the “extraordinary qualifications” of this Harvard graduate, who has experience in the private and public sectors, was a lawyer and federal judge . “KBJ”, as she is nicknamed, had been confirmed by the Senate in early April.

This was Joe Biden's first appointment to the High Court, whose mission is to ensure the constitutionality laws and settle important societal debates in the United States.

His entry to the Supreme Court will not, however, change the balance of power within the prestigious college of nine magistrates.

Before Mr. Biden, Donald Trump indeed had the opportunity to appoint three judges to the Supreme Court , anchoring the instance in conservatism, possibly for several decades, as illustrated by its most recent decisions.