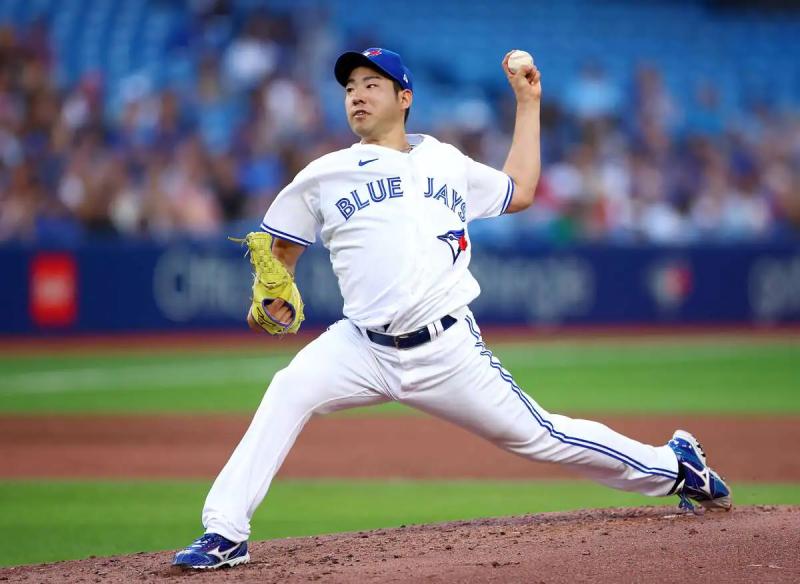 After missing nearly three weeks of action with a neck injury, Gunner Yusei Kikuchi excelled on his return to lead the Toronto Blue Jays to a 5-game win at 3 against the Detroit Tigers, Thursday at Rogers Center.

The Japanese pitcher inherited the confidence of John Schneider to start the duel of the day, and the interim manager of the Jays does not certainly did not regret his decision.

Other than a misstep in the second set, when Willi Castro dispatched one of his offerings out of bounds, Kikuchi (4-5) was faultless. He allowed only one more hit in five innings of work, in addition to passing five batters in the mitt.

Offensively, it was Matt Chapman who led the charge for Canada's only Major League Baseball team. The third baseman hit a first homer in the fourth inning to send Lourdes Gurriel Jr. to the plate, then hit a second long pitch in the sixth, solo this time. Bo Bichette and Alejandro Kirk also had two hits, but only the latter drove in the win.

The Tigers showed their teeth late in the game, closing the lead to one run thanks to Jonathan Schoop's home run and Eric Haase's sacrifice fly.

Danny Jansen, however, gave reliever Jordan Romano a two-point cushion by hitting a sacrifice fly, and the latter continued his stellar season with his 22nd save.

Tyler Alexander (2-4) added the loss to his record for the visitors, allowing two earned runs on five hits in four innings to the mound.

In addition, outfielder George Springer left the game before the ninth inning, likely bothered by an elbow problem.

With this victory, the Jays now hold two priority games over the Tampa Bay Rays and third place in the American East Division.

The Tigers will be in the Queen City until Sunday to play three more matches.