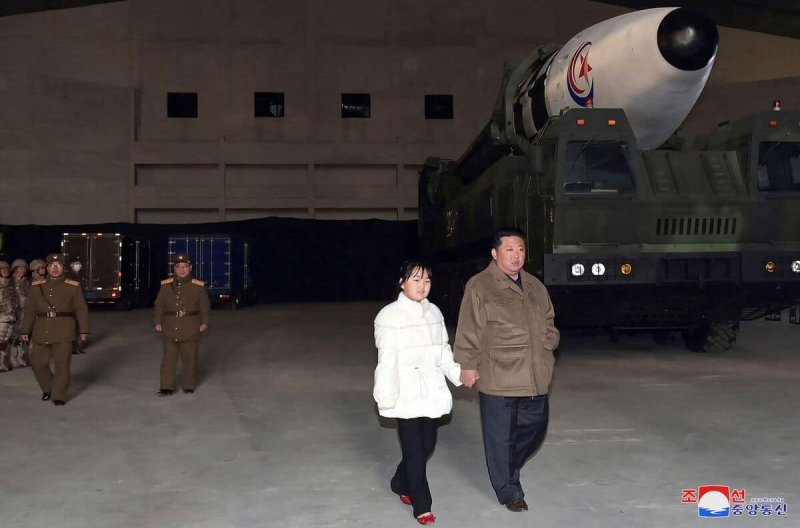 North Korea is a country that above all resembles a vast concentration camp. Its leader, looking like a constipated Buddha, has been in power for eleven years. He is the third dictator since the country was established in 1948 by his grandfather Kim Il-sung.

Three days ago, he appeared hand in hand with his daughter. Regime watchers say she is the youngest of three siblings. He wanted to introduce the world to his successor.

Let the feminists not get excited. This coronation does not mean that Kim Jong-un thus marks his support for gender equality in North Korea.

The kid's name is Kim Ju-ae. In the photos, she looks neither impressed nor frightened at the launch site of an intercontinental ballistic missile, the second this month.

No, the North Korean leader did not call his “friend” Donald Trump to inform him of this event. I specify this in case the candidate for the White House boasts for electoral purposes of having been taken into his confidence.

Foreign observers quoted by the Washington Postlose themselves in conjecture on this father-daughter ride against the backdrop of the launch pad. North Korean defectors who have taken refuge in South Korea believe that the appearance of the ten-year-old girl indicates a major change in the succession to power dominated so far by males.

Other defectors believe that the leader wants to humanize his image. As if this father of the nation, a country where no individual or collective freedom can exist, softened his tyranny. On the contrary, his daughter will be transformed into a tyrant in order to ensure the perpetuation of this family caste in the most rigid and closed country in the world.

On the other hand, no DYP will come to the aid of this adolescent except his father claims to love it. Yes, love seems to exist in Kim Jong-un, even if he declares to be ready to resort to the atomic bomb in the event of an attack on his sinister country.