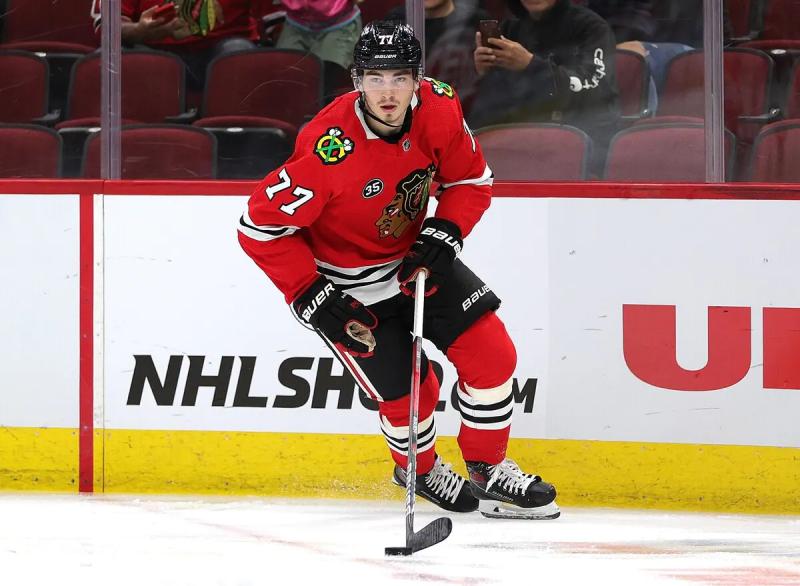 A few hours after being acquired by the Montreal Canadiens, young center Kirby Dach said he was particularly delighted with the idea of ​​playing under Martin St-Louis and benefiting a fresh start.

The Chicago Blackhawks' former first-round pick, third overall in 2019, will have the opportunity to wipe the slate clean with CH after a troubled start to his career, particularly due to injuries.

“I want to put the past behind me,” he said at a virtual press conference on Friday. But injury aside, I learned a lot from the players and staff in Chicago.”

If his production of 59 points in 152 duels in the National Hockey League may seem disappointing, the 21-year-old pivot assures that he is ready to move to the next level in the Quebec metropolis.

“I don't could be more excited, chained the native of Saskatchewan. [St-Louis] is going to bring out my best qualities to help me become a better player.”

“I am looking forward to joining this group of forwards. It's very exciting, especially because of the direction the team is heading. The general staff of the CH is on the right track.

The general manager of the Blackhawks, Kyle Davidson, achieved two feats in one day. The trade that sent Dach to Montreal came hours after the trade that made Alex DeBrincat a new member of the Ottawa Senators.

“We knew they had gone for a rebuild,” said slipped Dach. They were very open with us about it. They wanted to take a different direction than to keep [DeBrincat] and me.

The former Saskatoon Blades, in the Western Hockey League, also revealed that he had been coaching for five years with another gem in the Habs organization, Kaiden Guhle, and that they were particularly excited about wearing the same colors.

Dach concluded that he didn't know not much the city of Montreal, but that he was happy to move to a place where gastronomy and fashion were valued.