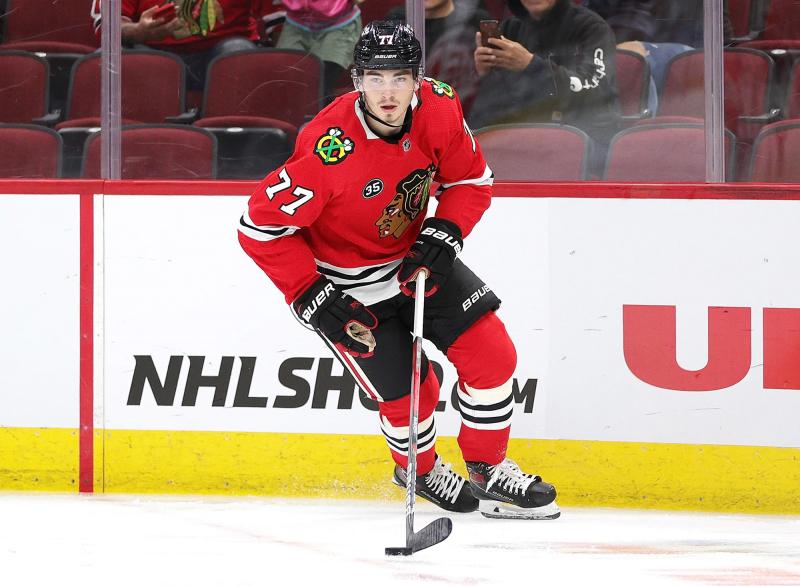 What do Kirby Dach and Tim Stützle have in common? Both skaters were selected third in the first round among amateur players.

Then the comparisons stop.

While Stützle did not slow to convince that he is a player who can make a difference and, at the same time, force the hand of the leaders of the Ottawa Senators to grant him an eight-year contract of more than 8 million $ per season, Dach has just accepted a four-year contract with the Canadiens, an agreement that will allow him to collect nearly $3.4 million per season.

He has reason to be delighted with the turn of events, since many believe that the Canadiens should have imitated the New York Islanders by securing the services of Alexander Romanov for three years with an annual salary of 2, $5M.

Very little is known about Dach. We have to believe that Kent Hughes and his group have plunged into their memory to bring to the surface the young man's performances in the junior ranks.

What happened in Chicago? Why does he take so long to justify such a prestigious choice? After all, being chosen third means that the young man represents a good prospect, a player perhaps no exception, but capable of exerting a significant impact within a professional formation.

Stützle lived up to expectations.

Throwing in the towel

Dach suffered a couple of injuries which held back his progress and meant he never got to stand out. What is even more intriguing about this giant format player is the impatience of the Blackhawks decision makers. Because we threw in the towel. We quickly decided. Dach certainly wasn't among the organization's top six skaters. We did not hesitate to part with it.

Consequently, can we conclude that Hughes showed great generosity? Is a four-year deal justified? Isn't a commitment of more than $13M exaggerated?

The CH decision makers know they have acquired a talented player, even though he had only one productive season with the Saskatoon Blades in the Western Junior League. They took advantage of a particular context to obtain an athlete with three years as a professional behind the tie.

However, it remains a project. Only 19 goals in 152 games in the NHL, these are statistics that stick to a player playing in the fourth line.

However, he is a young 21  with the experience of professional hockey.

It is hoped that, in a new environment, we will obtain from Dach the outbreak that the Blackhawks general staff hoped for. In this regard, don't the decision-makers of this team have a large share of responsibility in the development of their hopes? Did they make the right decisions with Dach?

His departure from Chicago does not please Jonathan Toews, who appreciated Dach's talent last season, especially during the last weeks of the calendar. The captain pointed out that he spied on a more comfortable and confident player.

Is the Canadian taking a risk?

Considering that Dach is only 21 years old, he has already played more than 150 games in the National League, it will be up to the decision-makers of the Habs to ensure that their investment will produce the expected dividends.

This is the next step to take.