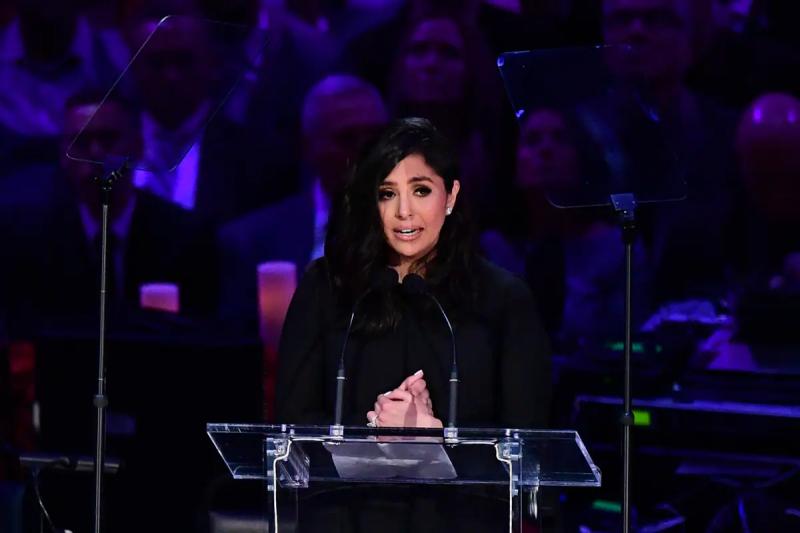 Kobe Bryant's widow said in court Friday that she was devastated when she learned that rescuers had taken pictures of the crash site of the helicopter in which her husband, daughter and seven other people were killed.

Very moved, Vanessa Bryant said she lived in fear that these photos would emerge online.

“It is like COVID-19. Once it spreads, there's no stopping it.

Vanessa Bryant says she suffered emotional distress when Los Angeles County police and firefighters photographed the crash site and victims before sharing the snaps with others.

She claims at Los Angeles County damages in an exact amount that has not been disclosed.

His claim was joined with that of Chris Chester, whose wife and thirteen-year-old daughter also perished in the accident.

Los Angeles County attorneys do not dispute that the photos were taken, but say they were never made public and have since been deleted.

“I had protected my family from the details”

At the stand on Thursday, Chris Chester expressed his disbelief upon learning of the existence of these photos. “I had protected my family from the details” of the crush, he said.

“And there, I thought there would be photos of the remains” on the Internet, he recalled, explaining that he asked his sons not to look for them on the web.

Mira Hashmall, a Los Angeles County attorney, recalled that authorities had “worked tirelessly to keep these crash site photos out of the public domain.”

“Over two years and half after, no photos of the county have appeared in the media, none can be found online, and the plaintiffs admit they have never seen them.

Other families of victims were awarded $2.5 million in compensation last year in the same case.

An investigation found responsibility of the pilot of the helicopter in the accident, an “error of judgement” having led to his “disorientation” in the middle of a thick fog.

The death at 41 years of Kobe Bryant, emblematic player of the Los Angeles Lakers and considered one of the best basketball players in the history of the sport, had caused great emotion around the world.