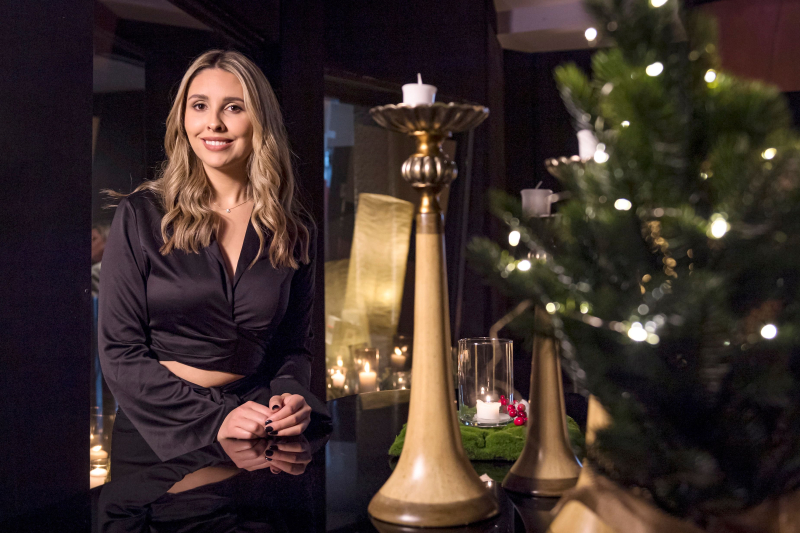 The big winner of the 2022 edition of Star Académie, Krystel Mongeau is actively working on her first album. She wishes with all her heart to be able to launch this opus in January 2023. There will be several songs written by her hand.

If Krystel Mongeau does not yet have a specific date to offer her admirers as a gift for the release of her first album, it is because she wants this one- it is perfect in every way before being unveiled to the general public.

“We want to make sure that the album is going to be 100% like me, in every detail, explained the 25-year-old artist at Journal. We were also looking for the right sound. Mine will be new country, but still in French. »

It must be said that in addition to being her first career album, this disc represents her first experience as a singer-songwriter. An idea from the director of the album, Jay Lefebvre!

“I was talking to him and he said, 'You seem to have a lot to say, why don't you try writing songs? Give it a try! I discovered that I was an author. As it is my story that I am telling, it becomes even more personal. »

Mother of little Elizabeth, three years old, the singer inevitably addresses the happiness of being a mother in her texts. She also draws from the lives of the people she is close to in everyday life. Some pieces will therefore be original compositions and others, collaborations with authors whose identities she prefers to keep secret for the moment.

“A lot of people offered us songs, says the one who started writing last July. We haven't made all our choices yet. On some of my songs, I sometimes have a little helping hand from other authors. »

The singer also offers a first duet with Vincent Niclo on the album Le premier Noël ensemble by the Parisian lyrical pop tenor. The latter has only good words to describe this collaboration with Krystel on the play Le premier Noël. Mario Pelchat, Martine St-Clair and Sarah Brightman also participate in the album.

She is also preparing to meet up with her friends from Québec Issime (with whom she sang before her move to Star Académie) with the show Party! It will be presented from November 16 to December 30 at the Studio-Cabaret of Espace St-Denis, in Montreal.

“We are also working on the tour of Star Académie in March, adds the singer, who will find her friend and finalist opponent Eloi Cummings there. Let's just say I'm busy. »