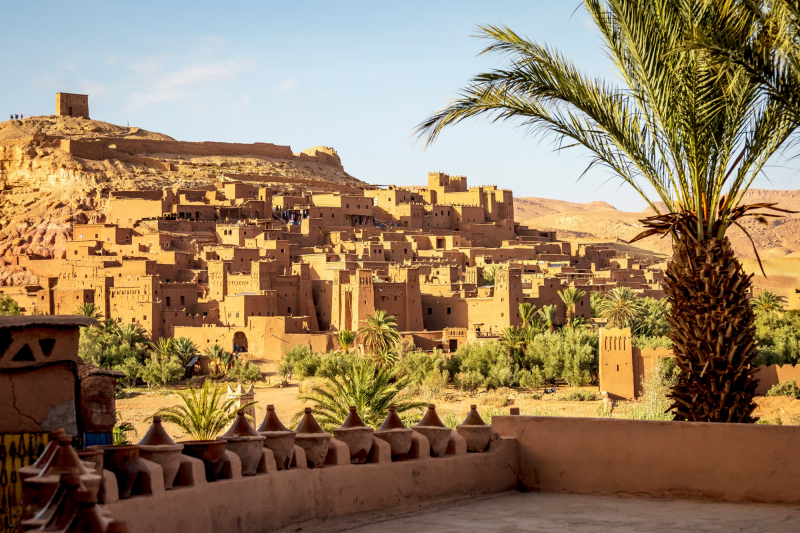 Namibia is where I literally fell in love with the deserts. So when I was offered to go do some photo scouting in Morocco for an upcoming project, I could only say yes.

After a brief visit to Marrakech, I took the road to the High Atlas to head towards the Sahara with a Landcruiser well loaded with provisions, bivouac time and photographic equipment. Aziz, my guide, tells me about a fortified village with Berber architecture.

The ksar of Aït-ben-Haddou is even listed as a UNESCO World Heritage Site. It is when I leave the Ounila valley that I finally discover this architectural gem. The first thing that strikes me is the portal. I have a feeling of deja vu.

Aziz tells me that it is a filming location for several popular films. The list is long, but I remember a scene from the movie Gladiator with Russel Crowe. At this time of year, the river that borders the fortifications is dry. It is therefore possible to cross on the sandy bed of this stream.

I therefore enter the city through a less crowded door. To take a walk between these walls is to dive into a world of history. This was a stop on the old caravan route from the southern Sahara to Marrakech.

– The author has was invited by Terres d'Aventure.