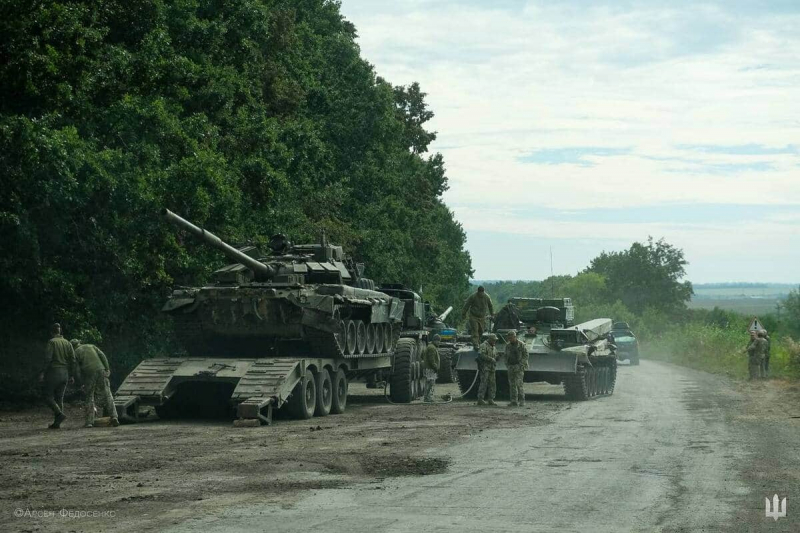 “A complete power outage in the Kharkiv and Donetsk regions, a partial one in the Zaporizhia, Dnipropetrovsk and Sumy regions,” Zelensky wrote in a statement on social media, blaming “Russian terrorists”.

“No military installations” affected, he added. “The goal is to deprive people of light and heating.”

Shortly before him, local authorities had reported Russian shelling of strategic infrastructure, which led to power cuts in large areas of eastern Ukraine, where Kyiv launched a counter-offensive that dented Russian lines.

Power cuts affect territories where millions of people lived before the war.

The governor of the Kharkiv region (northeast), where Kyiv claimed the greatest territorial gains during its counter-offensive, said on social media that the Russian army had “hit critical infrastructure” in the region and in its eponymous capital. According to Oleg Sinegoubov, “there is no more water or electricity in several towns. Emergency services are trying to control the fires at the sites that have been struck.”

His counterpart in the eastern Sumy region said water and electricity cuts affected at least 135 towns and villages in his jurisdiction .

AFP journalists in Kramatorsk, Donetsk region (east), confirmed that the cuts also affected this city, one of the largest in the east still under Ukrainian control. The regional governor also reported cuts elsewhere in his area.

Russian strikes also wreaked havoc on Ukrainian rail. The national railway company announced delays throughout the east of the country.

The spokesman for the Ukrainian Foreign Ministry, Oleg Nikolenko, called the attacks “an act of despair after the immense losses of Russia and its retreat into eastern Ukraine”.