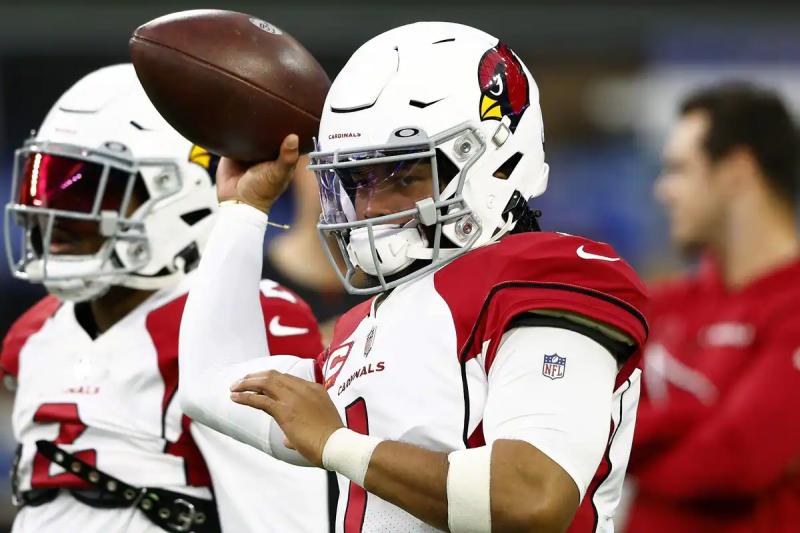 Questioned about his work ethic because a clause in his new contract requires him to do four hours of “independent study” per week, the Cardinals quarterback Arizona's Kyler Murray fought back tooth and nail on Thursday.

The 24-year-old presented himself to the media, even though he was not planned for him to address journalists, in order to clarify the situation.

“I refuse to see my work ethic being called into question, he launched, during his impromptu conference, his remarks were taken up by ESPN. I've invested a lot of time, blood, sweat and tears into my job, whether it's football or baseball. People will never understand how long it takes to perform at a high level in two different sports in college, let alone with my size.

“For those who still believe that I could have made it here without a good work ethic and good preparation, I am honored that you can think that. But it can't be. It's impossible.”

The addendum in question – which stipulates that Murray must watch videos of other teams at least four hours a week to better prepare – has reacted to several Internet users, who did not understand how the Cardinals could have offered a contract extension. of five years, worth $230.5 million, including $160 million guaranteed, while adding this clause, which suggested the pivot's poor work ethic.

“I definitely watch videos by myself,” Murray added. It doesn't even need to be said. But it's true that I enjoy the process of watching the videos with my teammates, other quarterbacks and my coaches.”

The first overall pick of the 2019 draft is about to be announced. entering his fourth NFL campaign. He had a slight dip in 2021, but still completed 69.2% of his passes, for 3,787 yards, as well as 24 touchdowns to 10 interceptions. He added 423 yards and five majors on the ground.