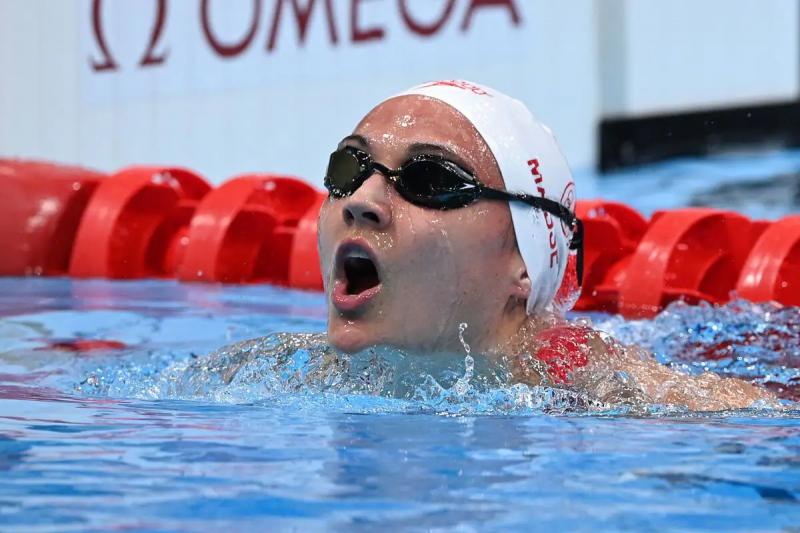 Canadian swimmer Kylie Masse settled for silver in the 100-meter backstroke event at the FINA Worlds on Monday in Budapest.

< p>The one who had won the race at the two previous World Championships and obtained silver at the Tokyo Olympics over this distance had to admit defeat in front of the American Regan Smith. The latter posted a time of 58.22 s, compared to 58.40 for Masse. Another United States representative, Claire Curzan (58.67), completed the podium.

Oleksiak disqualified in the 200m freestyle

Involved in the same heat, Taylor Ruck finished fourth rank, thanks to a time of 1 min 56.80 s. At the end of the two semi-finals, she posted the sixth fastest time, which gave her a place in the final on Tuesday.

Some Canadian athletes will jump into the Budapest pool on Tuesday.

This is the case, among others, of Ruslan Gaziev and Joshua Liendo Edwards in the men's 100m freestyle. The two athletes will start at the same time, within the 10th wave of qualifications. Finlay Knox will qualify for the 200m medley.

For women, Ingrid Wilm will take part in the qualifications for the 50m backstroke. Summer McIntosh will perform in the 200m butterfly qualifications.

In teams, the Canadian 4x100m mixed medley relay will be in action.