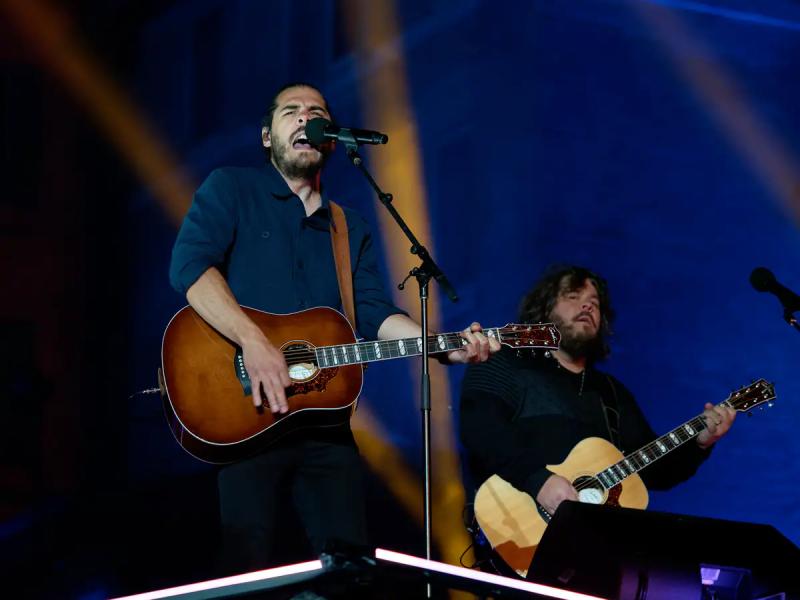 Sonny Caouette of the duo 2Frères tries as often as possible to go to his hometown, to Chapais, in Nord-du-Québec, where he and his brother Érik grew up, but as to return requires a whole day, visits are rarer than he would like.

The two brothers are from the very last episode of the season of “La belle tour”, this Monday, at 8 p.m., on TVA, while Guy Jodoin's team visits Chapais.

Sonny and Érik were able to visit their childhood home and their grandmother's chalet on this occasion, obtaining permission from the new owners to take a tour and reminisce.

“Chapais is an extremely quiet and peaceful place,” said Sonny Caouette. People all know each other. We can't afford to live there because of our work, but if there was a Chapais in Estrie – I became Estrien, it's pretty much my favorite region in Quebec along with the Îles-de-la-Madeleine – , that's probably where I would live. In Chapais, I find the mutual support extraordinary.”

There is also talk in the interview of the tragedy of Chapais, which killed 48 people in the community on the night of December 31, 1979 to January 1, 1980, when a fire broke out in a room where many Chapaisians were celebrating the New Year. It is a young man of 20 who had lit garlands, thinking then to make a joke which rather turned to tragedy when the room was quickly set ablaze. Dozens of people were also injured and dozens of children were orphaned that night.

“Our parents were supposed to make music in the hall that night because they had a band. Two weeks before the show, our father's brother and band drummer, Serge, had decided to cancel because he didn't feel like playing there, for no valid reason. When the evening came, they were embarrassed to show up on the spot without playing music, so they didn't go. That’s literally what saved them,” Sonny told QMI Agency.

After a break from shows in July to allow Érik to be at home after the birth of his little Lou – Sonny, he took the opportunity to produce in his home studio the album of the punk rock group About Woods from Chapais –, 2Frères hit the road again with the songs from their fourth album, “Sous le even roof”, which already has two number 1s to its credit, the title track and “On a mis d'la lumière”.

< p>The guys are completing their series of four shows on the Magdalen Islands this Sunday, where they were also able to take advantage of a few days off.

For this last meeting of “La belle tour”, the team also went to the northern village of Quaqtaq, in front of the Hudson Strait, to meet Béatrice Deer, who is from the place. The singer-songwriter has five albums to her credit, including her most recent, 'Shifting', released in 2021.