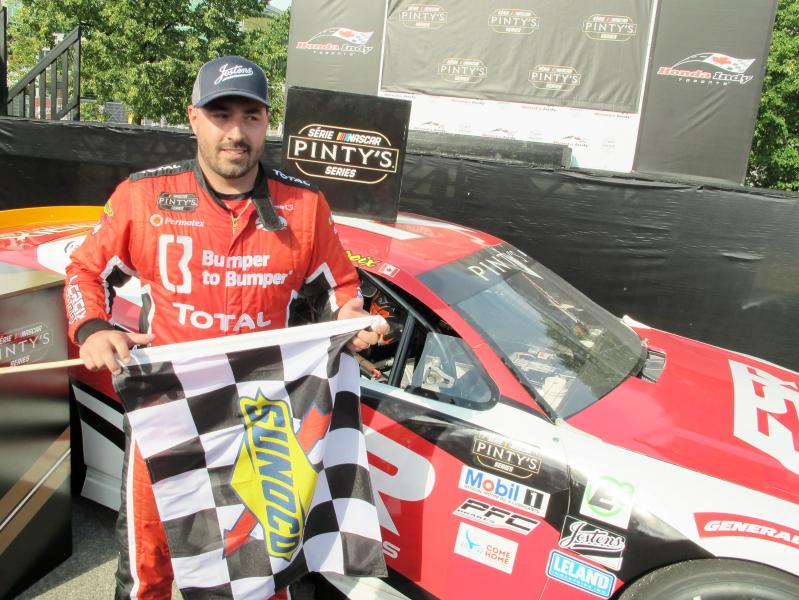 TORONTO | Kevin Lacroix took advantage of a first restart on Friday on the fifth lap of the race to take the lead and never leave it again in the streets of Toronto.

The driver from Saint-Eustache was able to resist the constant threat of Andrew Ranger, thus taking the second victory of his career in the Queen City, at end of the 35 laps of the track. Louis-Philippe Dumoulin accompanied them on the podium during this fifth stop of the NASCAR Pinty's Series season.

Quebec domination therefore continued in Toronto. Since the arrival of the Canadian series, the seven events have all been won by representatives of La Belle Province. It is also the third time in a row that Quebec drivers have monopolized the three steps of the podium.

“I knew that Andrew Ranger wanted this victory, said the winner. He had some bad luck at the start of the season. But I stayed focused, without wanting to push too hard to spare the mechanics and the tyres.

“I just had to make sure I kept the gap until the end. »

With this victory – his second in 2022 – Lacroix takes the lead in the championship ahead of Marc-Antoine Camirand, who had to settle for ninth place after being relegated to the back of the pack before the start, for having used non-compliant tires during the of the qualifying session.

Lacroix is ​​also the only one to have won two victories this year.

Starting in the lead, Ranger handed over the controls to Lacroix hoping for an error on his part… which never came.

“I tried to destabilize him, but he didn't flinch, Ranger explained. He had a good race, without giving me the chance to overtake him, especially towards the end. But I am still very happy with this second place. »

The Roxton Pond driver has three victories on the streets of Toronto.

Dumoulin also had a smile on his face.

“Of course I would have liked to fight for first place, but this presence on the podium is good for me as well as for our team. It's reassuring for the future. »

In his first race of the season, Alex Guénette for his part shone by rallying to the finish in sixth rank, just behind Alexandre Tagliani (5th).