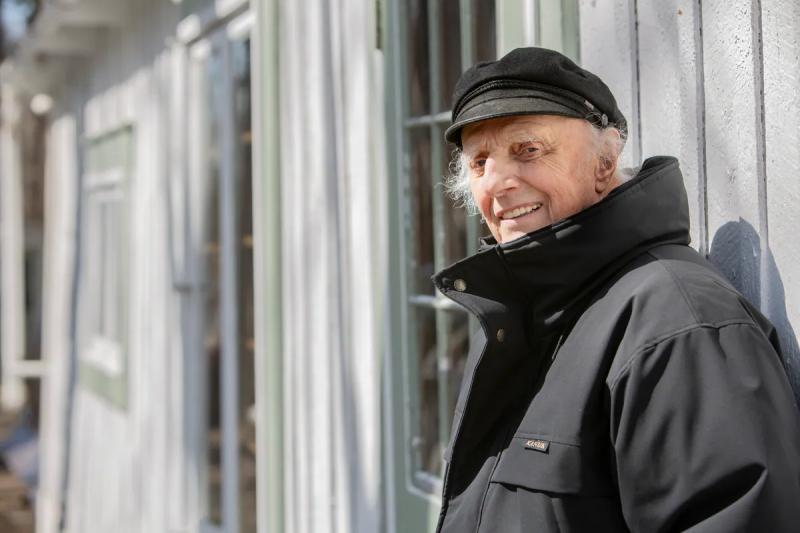 In songs, paintings and poetry, a tribute will be paid to the great artist Gilles Vigneault on the occasion of three days of shows and cultural activities next month in Sainte-Mélanie, in the region of Lanaudière.

“Gilles Vigneault being at an advanced age [93 years old], we thought it was important to pay tribute to him, explained to us in an interview Gilles Tessier, president of Culture in action, the organization behind the Rendez-vous Colors, Organ and Poetry event. . This great poet is a true standard bearer in Quebec, in terms of poetry and songs with, at the heart of his work, the emblematic theme of the imaginary country, the country to come. We thought it was important to make it known to the younger generation.”

And Mr. Vigneault could well be present at the event which will take place on October 8, 9 and 10.

“We hope he will come on the occasion of one of the three days,” Gilles Tessier told us.

A host of activities bringing together artists from Sainte-Mélanie, the Lanaudière region and Elsewhere in Quebec will take place at various locations in the small village and on the trails of the Parc régional des Chutes Monte-à-Peine-et-des-Dalles (Porte Sainte-Mélanie).

Two musical performances hosted by the poet Jean-Paul Daoust will be given in the church of Sainte-Mélanie on Saturday evening and Sunday afternoon by the Vox Luminosa choir, conducted by Claudel Callender. On Saturday at 7 p.m., we will feature Mélanie Barney on the organ and Julie Massicotte, singer, while on Sunday at 3 p.m.,

“La Grand Messe” by Gilles Vigneault will be performed by the Vox Luminosa choir, accompanied by Jacques Giroux on the Casavant organ. In the second part, Jessica Vigneault, daughter of Gilles Vigneault, will pay homage to her father by singing her favorite songs.

“La Grand Messe” by Gilles Vigneault has already been performed by this same choir, in Rome, behind him! It will be a real honor for us to have this show in Sainte-Mélanie,” said Gilles Tessier.

Several visual artists from Sainte-Mélanie and the surrounding area, including Annie Durette, and Josette Vigneault, little cousin of Gilles Vigneault, will be exhibiting their works during a unique exhibition.

“We asked them to draw inspiration from the work of Vigneault for their creations,” said Mr. Tessier.

The Gaëtan Dostie Media Library, formerly in Montreal, and now moved to Sainte-Mélanie, has also prepared an exhibition dedicated to Gilles Vigneault.

“We will see, among other things, artefacts provided by Mr. Vigneault himself, including original manuscripts and unpublished videos”, underlined Gilles Tessier.