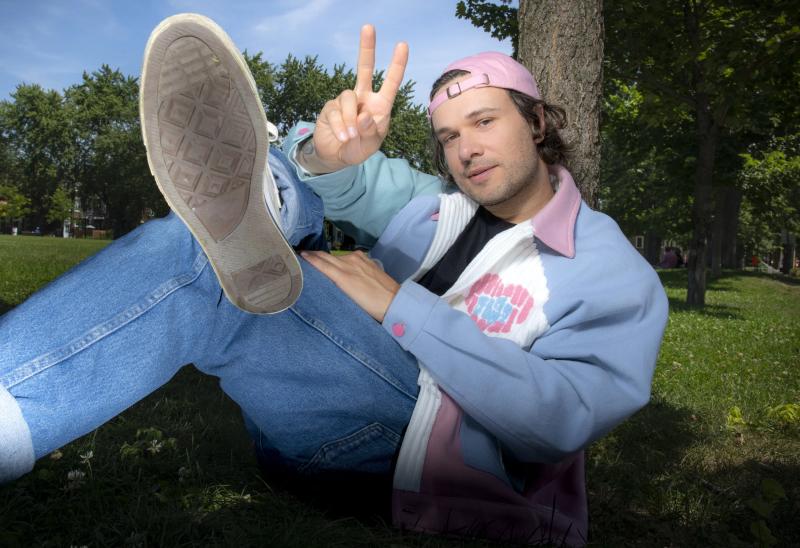 He calls himself Lanuit in order to draw a clear line between the music he makes for work (commercials, documentaries, films) and that he creates for his artistic pleasure. JD the mysterious has just launched his first eponymous EP; a dancing and joyful opus filled with sunshine, even when it is night.

He presents himself to the world with an alias as his artist name and deflects the question when asked his age. Lanuit likes to play with contradictions while the mystery surrounding his identity fits with a project that resembles him “100%”.

< p>For 10 years, Lanuit has been responding to orders, adapting and composing music that does not resemble him in the context of his work. And for many years now, inside him, there has been a burning desire to compose and share his own music with the world.

“I'm more comfortable being Lanuit than having my real name,” explains the Montreal artist. It really represents me, because I am someone who wants to “bring good vibes” into the world. We've all been through difficult times, so I want to offer music that will bring warmth when it's cold and sunshine when it's dark. »

A multi-instrumentalist, Lanuit has always had an aptitude for music. He quickly put aside the sport he was raised in to dive into music: hip-hop, rap, vinyl scratching and rock.

This was followed by music production, a bachelor's degree in music, a job in video games and advertising, and creating movie songs. Then, at a certain moment, a great fatigue due to too much work and not enough music for oneself.

“I started to think of a project for me, which could bring joy to others and not be thought to sell a product”, he continues.

Lanuit's first single had the desired effect. With the festive Heat in the Blood launched two months ago, he was crowned Future Star iHeart Radio at Rouge FM for the month of August.

“It's fun to have a comeback after all this time spent alone in the studio,” says the artist. The song talks a bit about the difficult times we have been through, but that life is still really beautiful and there is joy. »

This first opus produced in his small studio at home is composed of five pop songs with hip-hop influences and a piece – On s'pet un good time – delivered with Ariane Zita with whom he loved collaborating.

His only goal? “Make the world dance, bring joy, love not war,” says the one who dreams of a first tour across Quebec soon. “Accepting yourself as you are too, not working too much, living more slowly, taking time for yourself, being well. »

“I really want to do this with my life, it's my priority and my initial passion, I see big”, adds the one who promises all those who follow him shows that will explode with joy.