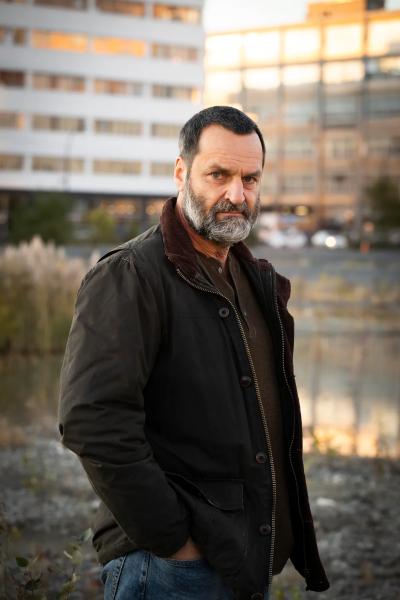 Fiction meets reality in the series Larry, a thriller in which a gunfight in the middle of street – and moreover in broad daylight – will once again change the trajectory of a former police officer specializing in infiltration.

As the metropolis is currently the scene of several incidents involving guns, author Stéphane Bourguignon and director Patrice Sauvé – the duo behind La vie la vie – hit the bull's eye with Larry, the police having a lot to do to flush out petty criminals who, by shooting without thinking, make innocent victims and terrorize entire neighborhoods.

Larry (Benoit Gouin) left the police in disgrace at the following a corruption case and is now a security guard. Married for 40 years in France (Monique Spaziani), he and his sweetheart have settled in a multiethnic district, Parc-Extension, not to name it.

One day when they return home with their grandson (Antonin Bouffard), a shooting erupts on the sidelines of a drug transaction. Seriously injured, France loses the use of her legs and Larry, who feels guilty, experiences a moment of redemption that pushes him to conduct his own investigation at the same time. The 60-year-old gets into trouble, experiences breathless moments and struggles with one of the only policewomen still supporting him, Lisa (Macha Limonchik).

Solid in his role as a boqué guy, Benoit Gouin was on almost every day of filming, more than 60 out of 65. And it was sport, with some 25 days dedicated to coordinating and choreographing the stunts punctuating the plots. To be fully prepared, the experienced actor stopped all alcohol consumption and got in shape.

“I tried to probe all the areas of this character that we love and whom we hate, but for whom we have, I think, enormous affection. We are with him despite all these gray areas, ”said Benoit Gouin, Monday, at a round table.

“We will doubt his choices, but when his choices bring him to a moral crossroads, we understand that he is someone who is fundamentally good.”

How far will he go? to catch the perpetrators of the shooting that confined his wife to a wheelchair? One of the shooters, it should be noted, is linked to the investigation that sent him into a tailspin years earlier.

Stéphane Bourguillon wanted to put the viewer in an “uncomfortable zone” and force him to “position himself” facing Larry. “The series is designed to bring the most sensations and emotions possible to viewers,” said the one to whom we owe the series All about me and Fatale- Station.

Until then, the author had never thought of writing a detective thriller when he was commissioned to do one. And he would have preferred that the series not be so topical with all the gunshots that are heard in Greater Montreal. “So much the better if we can have a grip on this phenomenon,” but the series does not have this goal, he underlined.

His accomplice Patrice Sauvé, who has reviewed French Connection for inspiration, is happy that the story revolves around a sixty-year-old. As baby boomers think about retiring, “Larry thinks about reincarnating, reaffirming himself, and reaffirming all that he can still be, still learn […],” the director said.

Produced by Avenue Productions, the 10 episodes of Larry land on ICI TOU.TV EXTRA from Thursday, July 14.