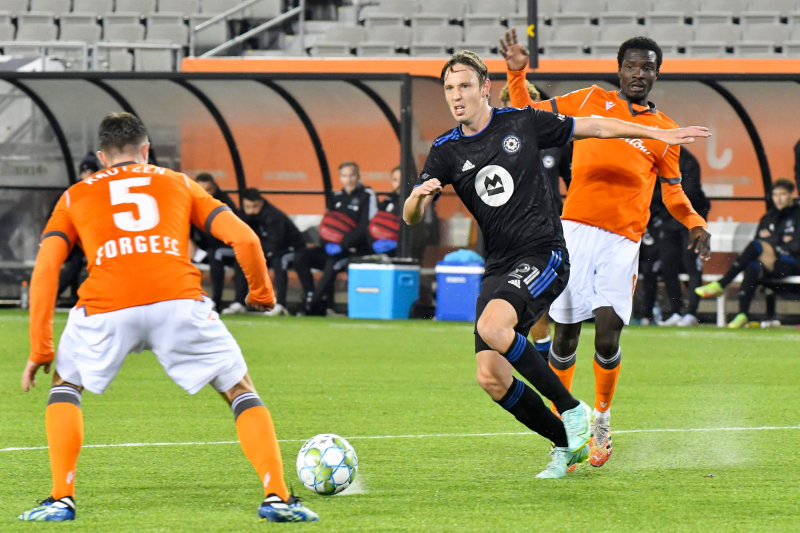 Lassi Lappalainen let out a loud cry when he scored CF Montreal's third goal in the 69th minute of the game in Houston on Saturday.

This nice hook that ended up in the bottom of the ropes was finally the winning goal, and the midfielder deserved it because he has been stringing together good performances for a few games and his first goal in 2022 dates back to the second duel of the season, March 5.

“After I scored, I shouted: 'finally', because I had been waiting for it for a long time, he confessed on Tuesday afternoon. I'm a little relieved, but I also know that I still have that in me.

“I've often been in this situation without having the finish, which I managed this time -this. It's a game that I often succeed in practice.

The difference this time around is that the Finn, who will turn 24 next week, showed patience before swinging his shot.

A discussion last week with his coach, Wilfried Nancy, may be no stranger to the genesis of this goal.

“He only told me he believed in me, he knows what I can do.” , Lappalainen explained, adding that there had been talk of his execution.

“Maybe when I get to the final third I rush my actions a little too much so I took my time in the last game. “

In his fourth season in Montreal, Lappalainen crossed the milestone of 20 games played for the first time this season. In fact, he played 24 of the team's 25 games, including 22 starts.

He had never been able to do better than 15 games in his first three campaigns, being affected by several injuries which have slowed his progress.

This season, in addition to finding his rhythm physically, he has also mastered a new position in the left lane and now seems to have mastered it.

“I think it's a bit of both,” he said of his success in the second half of the calendar. When you play every game, your touch on the ball is better, but I'm also more comfortable in my position.

Lappalainen and his teammates will receive the Revolution from the New England, Saturday night.