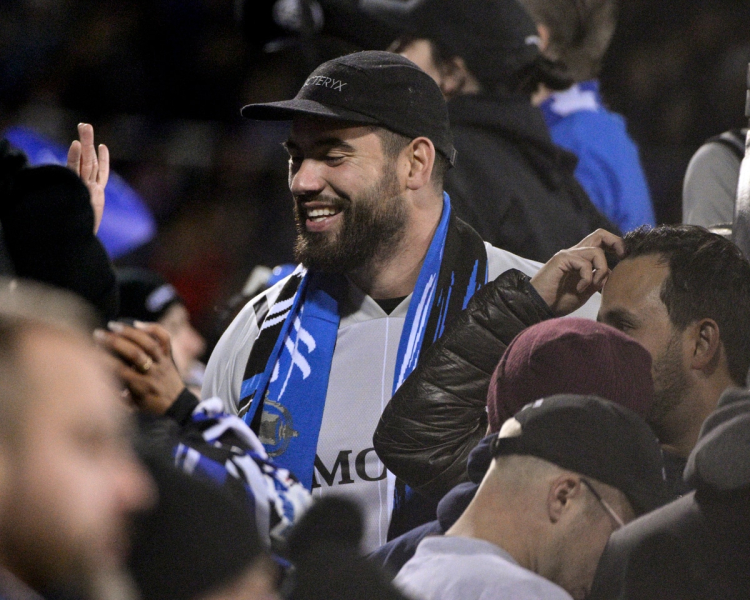 Laurent Duvernay-Tardif has a bright future in medicine, a foundation in which he invests, advertising contracts, universal respect for his brilliant career, a Super Bowl title in his pocket. So why go back to the front with the New York Jets? “It’s for the love of football,” he replies simply.

It is true that an athlete may look deep within himself for the reasons that push him to expose himself to risk, but the fact remains that the passion for a sport cannot be explained. You have to live it.

That's why the guard jumped at the opportunity presented to him by the Jets mid-season, joining, for the time being, their practice team. The goal is obviously to break through the regular line-up.

“Even though I signed yesterday [Thursday], I had been training at the highest volume for a month and a half. I feel good, although there will be an acclimatization period. Afterwards, we'll see if I can contribute to the team, ”said Duvernay-Tardif after his first training session, during a videoconference with the media.

Duvernay-Tardif is in his second stint in New York, having joined the team last fall after being traded by the Kansas City Chiefs. The likeable giant, who still tips the scales at 318 pounds, as in his last game in January, didn't take long to find his slippers.

“It's been two days since I live with the team. Honestly, it feels good. It's crazy how you miss it, it's indescribable,” he smiled.

“Sometimes I wondered why I wanted to play football again. Yes, it's to win, but above all to be a team, to rediscover that feeling of camaraderie with guys I haven't seen since January and who are happy that I'm here.”

“It's something precious that you can't find anywhere else. That's football. It was nice today to be on the pitch. I'm rusty, but it will come back quickly,” he said.

The dream of another title

When he announced his intention to tackle his residency in medicine last June, Duvernay-Tardif never hid that he hoped for an opening on the side of the NFL once the fall came. < /p>

First he needed to find a team that would respect his choices, that could give him a fighting chance to see some ground and that would be in a position to win. The Jets, who strut their stuff with a 6-3 record, ticked all those boxes.

“When you look at the statistics for the second half of the season last year, we were losing games, but we were scoring a lot of points. This year, the defense is playing extremely well. We have new additions. It's all about clicking and building that culture of winners. I feel in two days here that the locker room is more mature, more confident. That's what it takes, especially in December and January,” he said.

For him, there is no doubt that anything is possible with the Jets. < /p>

“I have two and a half months out of 24 of my residency that are completed in family medicine. In an ideal world, I would go back to March after winning another Super Bowl. That's kind of the plan,” he said with a smile.

For now, Duvernay-Tardif expects to quietly get back into the swing of things. Right guard Nate Herbig is dealing with a few sores and hasn't trained all week. However, there is no question of launching the Quebecer into the lions' false without adequate preparation.

“I won't be here right now, that's for sure. I'm still on the practice team. I don't put too much pressure. If I want to contribute, my ascent must be done quickly, but I am aware that it has been 10 months since I played football.

“I have to give myself the time and what I liked about my interactions with the Jets is that they want to give me that time. We'll see in the coming weeks, but football is a sport of opportunities and when you have one, you have to seize it,” he summed up.

As for know if he considers this return with the Jets as his last lap, “LDT” did not close any doors.

“There is no other lap if you're not contributing and you're not playing at a high level this year. That's really my approach right now. I want to see how I can integrate this alignment as soon as possible to contribute and leave my mark. After that, if we want my services afterwards, we'll discuss.”