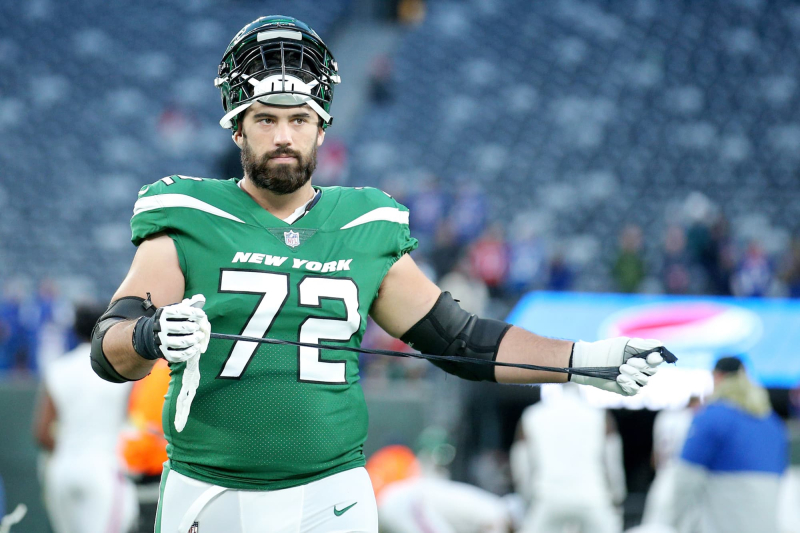 Even though many doubted it, Laurent Duvernay-Tardif had never mentioned the word retirement when he announced his intention to prioritize medicine last June. We had to take the guard at his word, since he is about to make his comeback in the NFL, with the New York Jets.

Duvernay-Tardif left Montreal on Tuesday , heading to Jets headquarters in New Jersey, where he completes a physical. If all goes as planned, his hiring will be formalized quickly.

He will first join the Jets reserve team. Depending on his progress, he could then be integrated into the regular lineup. In all likelihood, we should not expect to see him in uniform for Sunday's game against the Patriots in Foxborough.

The Duvernay-Tardif clan does not plan to comment on the whole thing until the news is official.

Always in the plans

< p>In the spring, the veteran who played seven seasons in the NFL, made it clear that he was not putting an end to his career, but that he had to prioritize his medical career for a while.

In a Montreal hospital, he therefore completed a stage of his residency during the summer season and since the start of the season, he was ready to return to play if his services were required.

“I continue to train and I will see in September how I feel, but the teams that have contacted me are comfortable with the situation. I couldn't be more transparent about that. I prioritize medicine while leaving an open door for myself,” he told the Journal on June 8.

Since then, a few teams have shown interest and for Duvernay-Tardif. A return to New York became a logical option.

Last season, after six seasons with the Kansas City Chiefs, the Quebec guard was traded to the Jets halfway through the game. Initially a reserve player, he quickly established himself as a starting player.

The Jets have gone from being a rebuilding club last year to a team aspiring to the playoffs this season, going 6-3. Numerous injuries on the offensive line, including the one that ended young guard Alijah Vera-Tucker's season, potentially open the door for the Quebecer.

The coaching staff, management and game system are familiar elements for Duvernay-Tardif.

At the NFL Combine evaluation camp last March, general manager Joe Douglas made no secret that he wanted to see the “Doc” again with the team, during an interview with the Journal.

“We know what type of individual he is, not to mention the fact that he has a champion CV. He is still a top player in this league and obviously we have every interest in bringing him back with us, ”he said.

In 2021, Duvernay-Tardif was in uniform for eight games with the Jets, including seven as a starting right guard. Previously, he won the Super Bowl with the Chiefs, in February 2020.