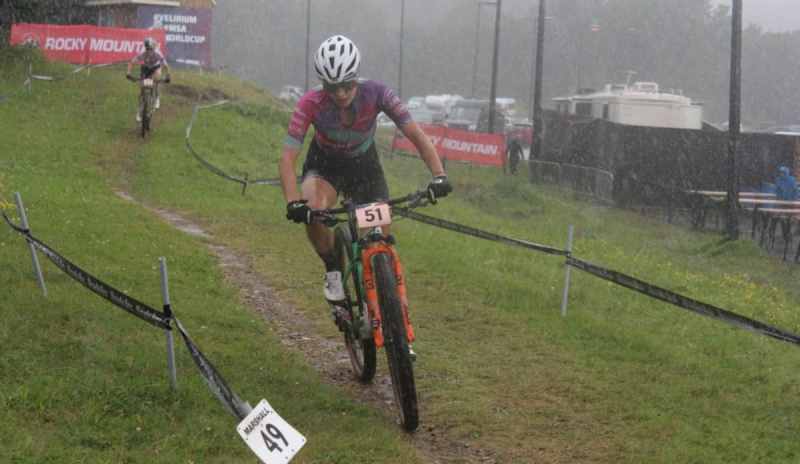 (Sportcom) – Quebecer Laurie Arseneault helped Canada finish seventh in the team relay at the Mountain Bike World Championships which got under way on Wednesday in Les Gets, France.

Last Canadian to take over, Wood delivered a strong performance to move the Maple Leaf from 10th to seventh place, the country finishing 2:28 behind. Laurie Arseneault says she loved her experience in the team event.

“It was really cool to be part of the relay team for the Worlds. The whole team performed well and gave their best. It is an honor to be able to represent the country, especially in the company of other Canadian athletes. I wanted us to have a good team spirit and I gave everything I had on the track,” said Arseneault.

It was the representatives of Switzerland who won the gold medal of the event, they who edged the Italians and the Americans by six and 14 seconds, respectively.

Laurie Arseneault will be back in action on Sunday at the World Championships for the presentation of the elite race. The Quebecer has no goal in mind. She only hopes to have fun during this event.

“I achieved my goals today with a good team spirit. For the rest, I hope to keep this beautiful energy throughout the week; it shouldn't be too difficult,” she concluded.

Roxanne Vermette and Léandre Bouchard should also take part in the individual events scheduled for Sunday.