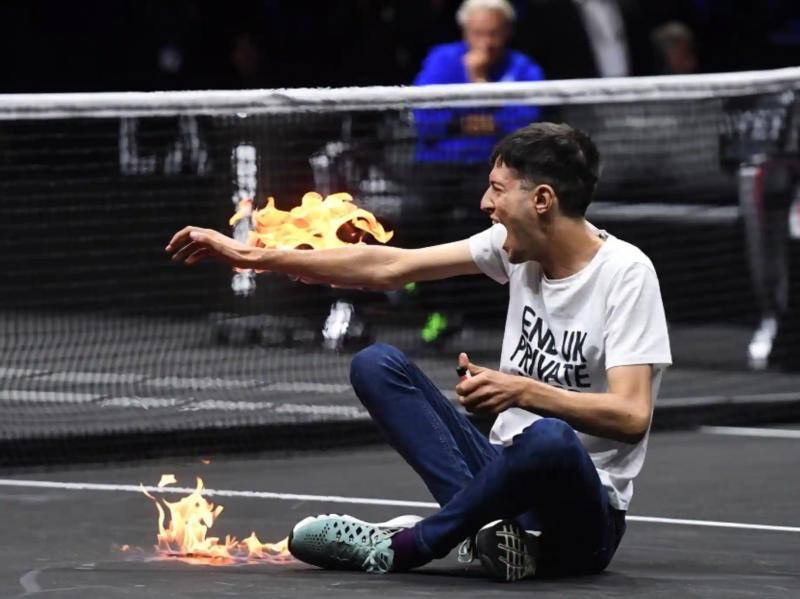 The second Laver Cup match between Stefanos Tsitsipas and Diego Schwartzman on Friday in London was briefly interrupted after an activist burst onto the court and tried to set his arm on fire in protest against the use of private jets.

The Greek had just won the first set 6-2 and the players were on the bench for their respective teams when a young man, dressed in a t -shirt with the inscription “End private jets in the UK” rushed to the net.

He sat down in the middle of the court before apparently setting fire to a flammable substance on his arm, but the The flames were quickly extinguished and the young man was evacuated by security.

Officials briefly checked that the surface of the court had not been damaged and play was able to resume without delay, Tsitsipas finishing his work by winning the second leg 6-1 to give the European team a 2-0 advantage against the Rest of the World.

The first day of the Coupe Laver will end with the last game of Roger Federer's career, in doubles, associated with Rafael Nadal, to face the Americans Jack Sok and Frances Tiafoe.