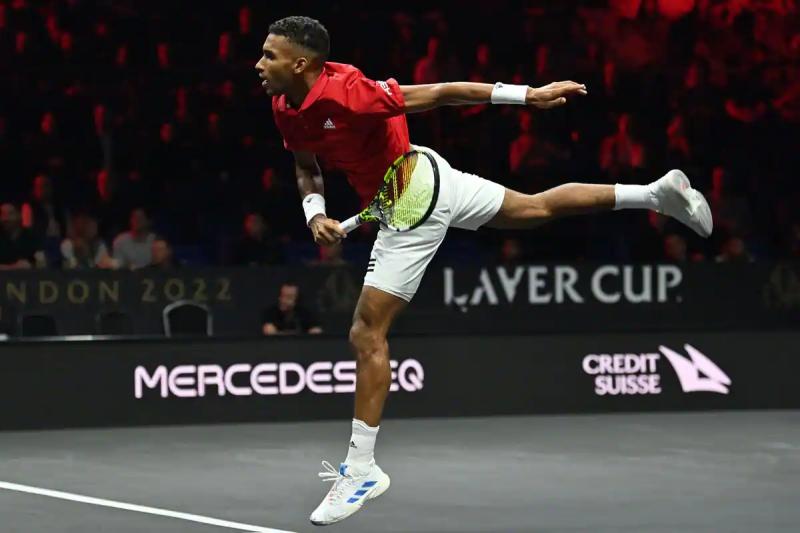 Berrettini gave himself a 7-2 lead in this decisive exercise before Auger-Aliassime came back to 8-7. However, he ran out of time since the 15th racket in the world won the next two points to win.

In the first set, the tiebreaker was necessary to decide, and neither one, neither the other wanted to give anything away. FAA notably saved five break points. But too many unforced errors on his part ultimately made the difference.

In total in the game, the 13th player in the world committed 24 unforced errors and five double faults.

A 6-1 victory, 4-6 and 10-8 from the American Taylor Fritz (12th) against the Briton Cameron Norrie (eighth) nevertheless brought the World team level with that of Europe with four points everywhere a few moments later.

After a first set where he had no response to Fritz's shots, Norrie forced the hold of the super break by starting the second set with a break entrance. Just like Berrettini before him, he ended the match with his first match point,

Berrettini should also be back in doubles with Novak Djokovic at the end of the day. They will face Alex De Minaur and Jack Sock. “Djoko” will first have an appointment with Frances Tiafoe. He is looking for a very first career victory in this tournament.