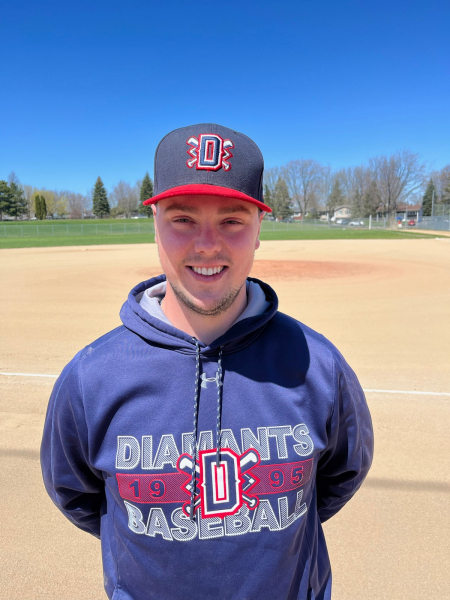 The 26-year-old played as a receiver with the Quebec Junior Elite Baseball League (LBJEQ) for just over two seasons, including winning the playoff championship in 2019. He was also one of the assistants to head coach Karl Gélinas last year.

When he decided to leave his duties with the Diamonds to join the Baseball Academy of Canada full-time, the director General Dominik Walsh knew who he wanted to replace him.

“It was the logical next step,” said the DG on Wednesday in a telephone interview.

“We knew Karl was going to leave eventually. We have been preparing the succession for about a year. We knew Raph was the designated candidate, even if we didn't know when the transition was going to happen.”

“Raph ticks all of our criteria!”

< p>For several years, Prémont has worked full-time in baseball. He worked until recently as head coach of the D2 formation of the Canonniers de Québec in the U17 AAA. He also holds a bachelor's degree in sports intervention.

“He's a little young and he'll have some experience to gain, but I'm sure he'll do the job wonderfully,” Walsh said.

Exactly, how does the newcomer see the challenge of having to lead athletes who are only a few years younger than him?

“It's something that doesn't bother me. not stress at all, said Prémont. One of the challenges of a coach is to navigate well and be close to his players, and still be able to exercise discipline.

“I believe that the age I have and the experience I have amassed will allow me to identify the times when I will be able to be more jovial with my players and the times when I have to tighten the screw. It's a question of balance and it's a challenge that excites me.”

Well versed in way of doing things with the Diamonds, Prémont wants the young people under his watch to get the same experience he had when he was in their shoes.

“I enjoyed my time so much as a Diamonds player. There was a winning culture and everyone helped each other to push in the same direction. As a coach, I want to continue that.”

To do this, Prémont intends to focus on the human aspect.

“The main objective of a coach is to allow each individual to become a better baseball player, but it is very important not to forget the human side, he affirmed. I also want to shape the people of tomorrow, bringing out the best in each of them.”