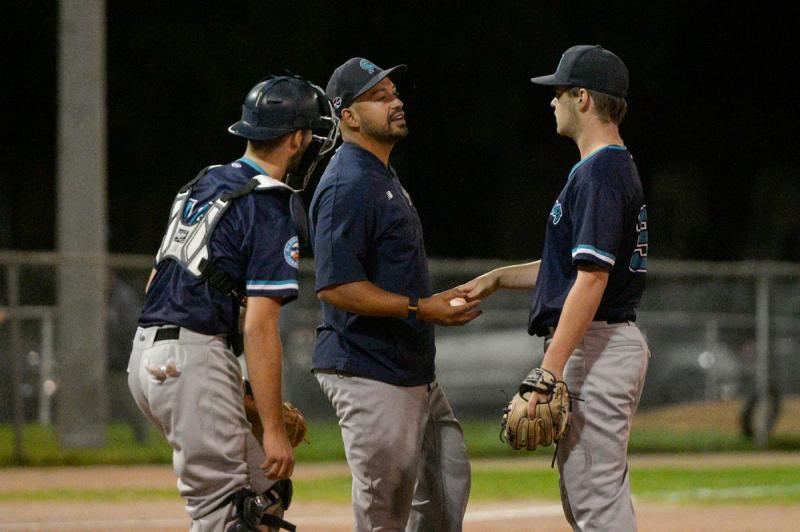 REPENTIGNY – It was a two-run hit by Philippe Breton in the bottom of the sixth inning that guided the Royal to victory in Game 1 of the Elite Junior Baseball League final du Québec (LBJÉQ), Tuesday evening, in Repentigny. Just before him, the young Giancarlo Paolucci had also accomplished his job by depositing a cushioning-sacrifice to allow two teammates to advance 90 feet.

Going against what we have generally seen in professional baseball for several years, the LBJÉQ grand final between the Royal and the Charlesbourg Alouettes looks like a chess fight. Strategic play, with amortizations and stolen bases, as sport should always be practiced according to several die-hard amateurs.

“On the Charlesbourg side, there is a manager whom I respect enormously in Josué Peley, quickly mentioned Royal head coach Mathieu Granger after his club's 12-8 victory on Tuesday to start the series 4 of 7. I give him a lot of credit for his team's run and he's a fun guy to play against.”

Already, the Alouettes have indeed surprised many by reaching the LBJÉQ final. The Charlesbourg team, which has defeated the LaSalle Cardinals, Saint-Eustache Bisons and Ducs de Longueuil in previous rounds, could however find itself short of miracles against Repentigny. Trailing 1-0, the Alouettes will now face excellent pitcher Jacob Brault for the second game, Thursday at Henri-Casault Park, in the borough of Charlesbourg.

“Anything can happen, however, warned Granger. On our side, we are betting first to win the first two games of the final, but the series is far from over.”

Soon to be deprived of Benjamin Sauvé

In this long chess battle that represents the LBJÉQ final, it should be noted that the two teams find themselves deprived of important pieces. Charlesbourg notably lost the services of Antony Gilbert, who left the club for Northeastern Oklahoma A&M College (NEO), in the United States.

Having produced four runs in the first game of the final, hitting an important home run, shortstop Benjamin Sauvé of the Royal will be playing his last game of the campaign on Thursday. He must report to Trinidad State College, located in Colorado.

“Benjamin is one of the guys in this league who deserves to be talked about, insisted Granger. He's an excellent player, both defensively and offensively.”

As the playoffs progress, teams sometimes lose jumpers, bishops and rooks, but no finalist club, neither Repentigny nor Charlesbourg, has yet laid down their king on the board.