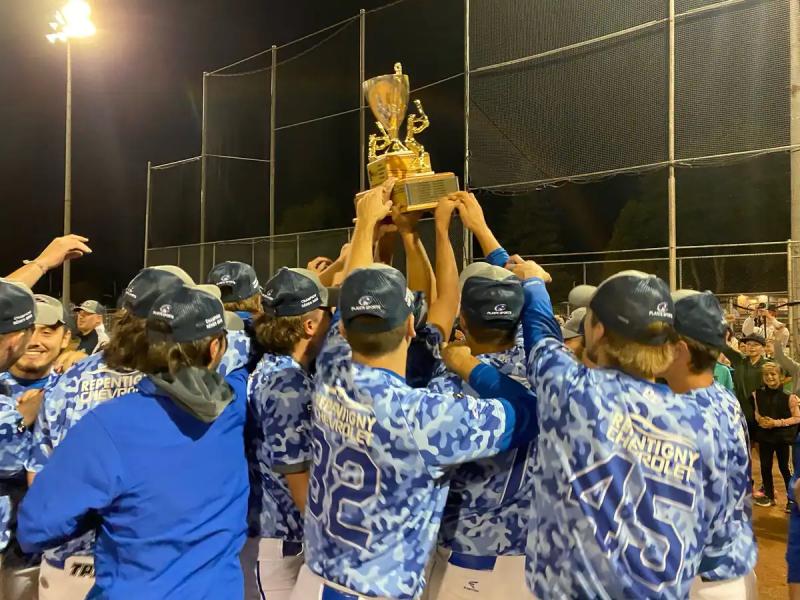 The Royal de Repentigny triumphed in the final game of the Quebec Junior Elite Baseball League (LBJEQ) grand final to claim the fourth title in its history, Friday at Flavio Prata Stadium .

The hosts showed all their firepower to beat the Charlesbourg Alouettes 14 to 6 in the seventh game of the series. The latter stretched out this hard-fought final by winning 6-5 in front of their supporters on Wednesday.

The duel of the day got off to a flying start for the winners, who added eight points to the scoreboard before the conclusion of the second round.

Visitor starting pitcher Nathan Lellouche was kicked out of the game after just a third of an inning, where he allowed three runs, two of which were earned, on a hit. His successors Cédric Plante (three hits and five runs allowed) and Xavier Boutin (five hits and six earned runs) were also victims of the prowess of the Royal.

Ian Michel Lavigne and Philippe Breton were the biggest torturers of the Alouettes' artillerymen, they who both hit two shots in a safe place and produced two points. Adam Meilleur also stood out by hitting the trails five times. The latter hit three hits and took advantage of two free passes.

Elliot Grondin-Harnois was excellent on the home side's mound to prevent the Alouettes from coming back. In a resolutely offensive duel, he held off his rivals for the last two innings, scoring four strikeouts on the way.

The Alouettes were trying to win their first championship since 2013 and their second since 2000 At that time, it was the last of six in a row for Charlesbourg, between 1995 and 2000.