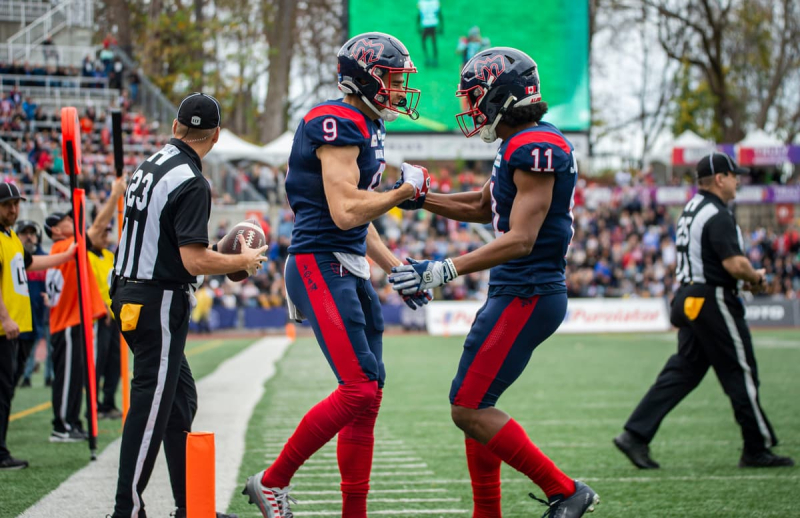 The Montreal Alouettes will propose a major rule change to the Canadian Football League (CFL) regarding singles.

The action, which is unique to football played here, allows a team to score a point when a kicker misses a field goal or clears the ball in the back of the end zone.

This year, the Alouettes lost their October 22 game this way. In the dying seconds of the game, the Toronto Argonauts missed a field goal. Kick return specialist Chandley Worthy caught the ball when one of his feet was outside the pay zone limits on depth. The “Argos” therefore scored a point allowing them to win 24 to 23.

At this time on the press gallery, representatives of the media evoked with horror the possibility that a match of the Gray Cup ends like this.

It didn't happen in the final game of the 2022 CFL season, but the Université Laval Rouge et Or won the Dunsmore Cup against the Université de Montréal Carabins on a single on November 12. .

Returner Carl Chabot was unable to leave the end zone or clear the ball with his foot (as the rules allow) after Vincent Blanchard missed his field goal attempt . This allowed Glen Constantin's men to celebrate a 25-24 victory against their eternal rivals.

Finished in the last three minutes?

The president of the Alouettes, Mario Cecchini, has never hidden that he is not a fan of singles. He also intends to propose a change at the next meeting of the big guns of the circuit.

“We have meetings with the league during the second week of January and it is on the agenda “, he revealed Tuesday, during the review of the season of his people.

“There are teams that are in favor and others that are not. We are one of the clubs that want to see an adjustment to this regulation. In fact, there are some very good suggestions that have been made on this subject, such as the idea of ​​withdrawing him during the last three minutes of the fourth quarter.”

“I have a friend in the University of Montreal, which lost the Dunsmore Cup like that… It will be part of the discussions that we are going to have in the coming months, ”added general manager Danny Maciocia, who was alongside its president.

According to our information, the reluctance regarding a change from singles comes from CFL purists, mainly based in the west of the country. They would fear that a modification would open a Pandora's box and that it would set too big a precedent.

A question of image

For Anthony Calvillo, the Ambrosie circuit needs to look into the matter in order to avoid being a laughing stock in the football world.

“It's a rule that is part of the history of the CFL. It would be terrible to see a Gray Cup end like this. It would be talked about everywhere, not just in Canada, but also in the United States, ”said the quarterback manager for the “Als”.

The former center and number mark holder of yards in the CFL likes the idea of ​​stripping singles during the last moments of a game.

“It's a very interesting option and it makes sense. Nobody wants someone to win a championship on a failed play.”