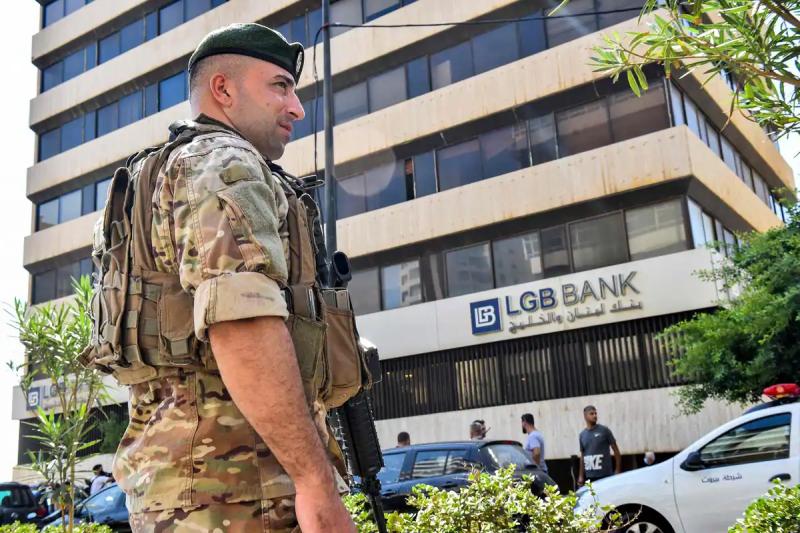 BEIRUT | Five banks were 'robbed' in Lebanon on Friday by customers seeking to withdraw their stranded savings, the latest in a string of such incidents that have garnered widespread public support in the beleaguered country. an unprecedented crisis.

Lebanon has been plunged since 2019 into serious economic and financial difficulties attributed by a large part of the population to the mismanagement, corruption, negligence and inertia of a ruling class in place for decades.

When the value of the Lebanese pound began to plummet, banks began imposing draconian restrictions on withdrawals, preventing customers from withdrawing their savings, especially in foreign currencies, especially dollars.

In 48 hours, seven banks were affected by a series of “robberies”. Faced with the multiplication of these incidents, the Minister of the Interior held an emergency meeting on Friday “to take the necessary security measures”.

The Association of Banks of Lebanon (ABL) has also called an emergency meeting and ordered a widespread closure of all branches for three days next week.

On Wednesday, the exasperation of a young Lebanese woman who stormed a Beirut bank to recover her stranded savings to pay the hospital bills of her cancer-stricken sister had a snowball effect .

The same day, a man robbed another bank in Aley, a town northeast of the capital. And Friday at midday, no less than five other robberies were recorded – three in Beirut and two in the south of the country.

Early in the morning, a 50-year-old man and his son in his 20s broke into a branch of Byblos Bank in Ghaziyeh, southeast of Saida, the main southern city, AFP a police source and a security officer who witnessed the incident.

The 50-year-old threatened bank employees with a weapon, which, according to a local television channel, was fake, demanding the withdrawal of his savings frozen.

In the district of Tarik Jdide, the security situation was tense after a man locked himself inside a branch of the Blom Bank with police, witnesses gathered in the street told AFP.

According to them, he is an indebted merchant who is demanding the withdrawal of his frozen savings and is unarmed.

Three kilometers further, in the district of Ramlet al-Bayda, a man armed with a shotgun stormed a branch of Lebanon & Gulf Bank, residents told an AFP photographer on site.

In the southern suburbs of Beirut, a young man armed with a dummy gun said he was able to withdraw $20,000, according to local media.

In Chhim in the south, a retired lieutenant of the army would hold six people hostage, including the director of the bank, who offered him $100,000, according to some media.

The pensioner refused, demanding his entire deposit of $200,000 dollars, while shots were reportedly fired.

In August, a saver was cheered by a crowd after he burst into a bank in Beirut, claiming, gun in hand, his more than 200,000 euros in savings to pay for his father's hospitalization costs. The bank ended up giving him almost 30,000 euros and he surrendered to the authorities. He was not prosecuted.

For its part, the main association of Lebanese savers expressed its support for the perpetrators of these robberies, saying that they were faced with “injustice and oppression”.