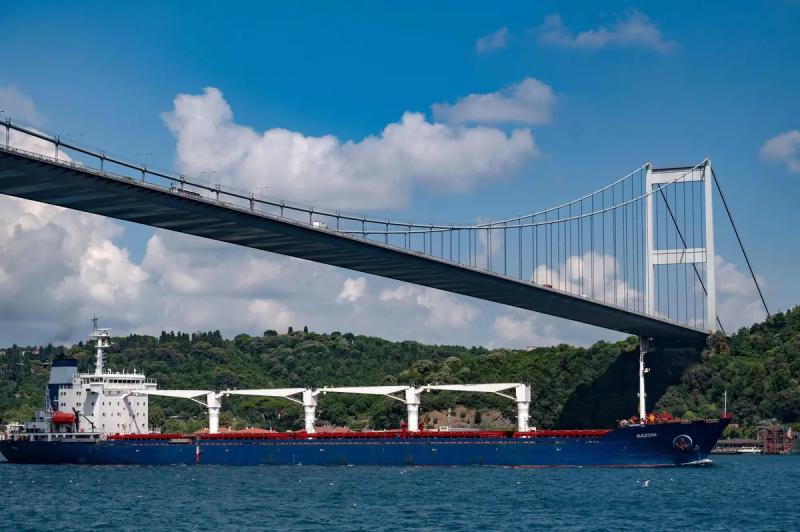 The contract for the sale of the first shipment of grain exported by Ukraine since the start of the Russian invasion has been canceled due to the delay in delivery, the Ukrainian Embassy in Lebanon said.

The Razoni, a freighter flying the Sierra Leonean flag, left the Ukrainian port of Odessa on the Black Sea on August 1 with 26,000 tonnes of maize, and was due to dock on Sunday in the port of Tripoli, Lebanon.

The five-month delivery delay, however, “prompted the buyer and the shipper to agree on the cancellation of the order”, explained on Tuesday evening the Ukrainian Embassy in a press release published shortly before midnight.

According to her, the sender is studying “other purchase requests”.

The Razoni who is currently stationary in Mersin, southern Turkey, according to the Marine Traffic tracking site, had been inspected last week by Turkish and Russian experts off Istanbul.

The successful e and Ukraine signed two separate agreements on July 22, validated by Turkey and the United Nations, to allow exports of Ukrainian cereals blocked by the war which began on February 24 and those of Russian agricultural products despite Western sanctions .

On Friday, three loads of maize left Ukraine in a convoy, bound for Ireland, England and Turkey, according to the Turkish Ministry of Defence.

A total of eight ships have set sail since the agreement was signed, according to Ukrainian authorities, who hope that three to five boats will be able to leave daily within two weeks.