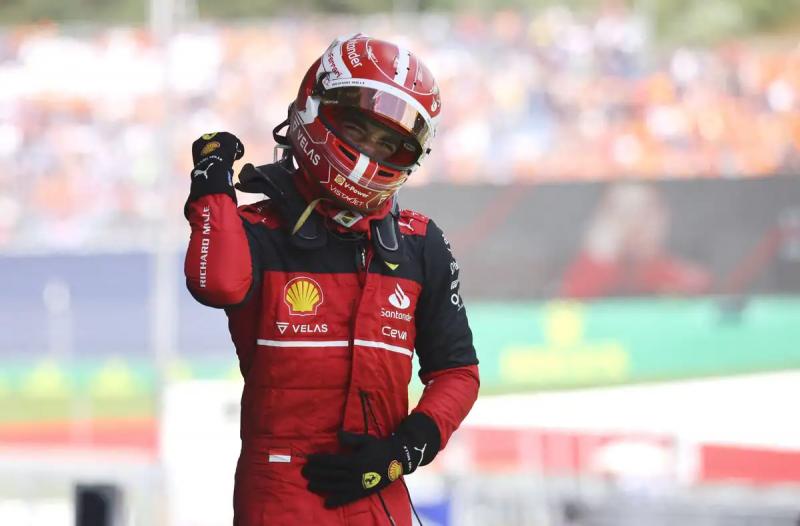 Charles Leclerc (Ferrari) won the Austrian F1 Grand Prix on Sunday ahead of Max Verstappen (Red Bull) after an undecided race until the end.

Leclerc, victim of accelerator problems, finished less than 2 seconds ahead of the Dutchman, who retains the lead in the world championship after 11 races.

The podium is completed by Lewis Hamilton (Mercedes) following the retirement of the other Ferrari driven by Carlos Sainz Jr., whose engine caught fire while trying to snatch second place from Verstappen at a ten laps to go.

“It was a very good race with a good pace. I had a problem with the accelerator and I only had 20% to 30% left in the opening, but I was able to manage it until the end,” said the Monegasque driver after the finish.

He had not finished on the podium in the previous five Grands Prix and was left behind by Verstappen in the championship.

“It was time” to win another victory, the third of the season for him, he admitted.

“We suffered with the tires,” said Verstappen.&nbsp ;

“But it's still a second place,” he pointed out.

“It's a pity for the fans, I couldn't offer them a victory,” he regretted, addressing the tide of his supporters and those of Red Bull who came to watch the race on the Austrian Spielberg circuit, owned by soda giant Red Bull and the eponymous team.

Sergio Perez's other Red Bull retired early in the race after a collision with George Russell's Mercedes , who finished fourth ahead of Frenchman Esteban Ocon's Alpine.

The setbacks of Aston Martin and Quebecer Lance Stroll continued, while the driver has again finished outside the top 10, and therefore, points.

Stroll thus crossed the finish line in 13th place, one lap behind Leclerc.

The moments of celebration were very few for the representative of the maple leaf. However, he rode a few seconds in fourth place, around the 30th lap, when he took advantage of the pit stops of all the other drivers to grab a few places.

He lost them all in s 'stopping in turn.

Stroll can however console himself by saying that he did better than his teammate, Sebastian Vettel, who finished the race in 15th place.

The other Canadian in the running, Nicholas Latifi, at Williams, was unable to complete the 71-lap race, having to retire on the 51st lap.