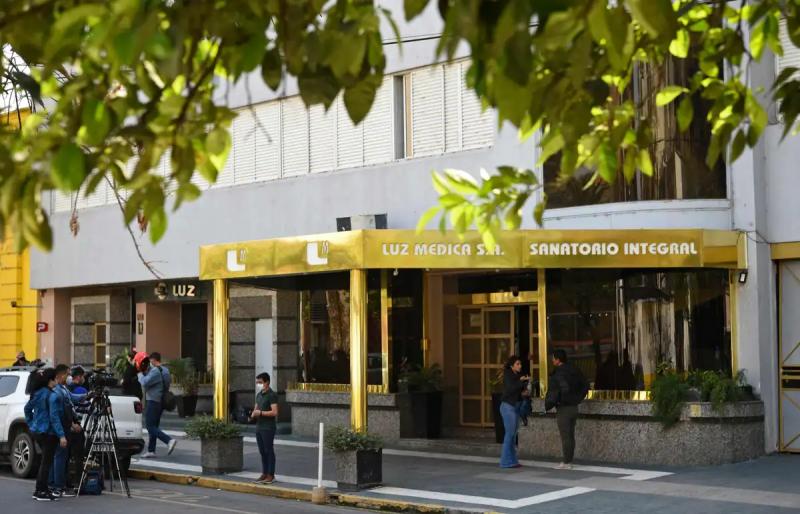 Legionella bacteria is the cause of pneumonia that has killed four people in less than a week in Tucuman (northwestern Argentina), and which has puzzled the medical community, announced on Saturday the Minister of Health Carla Vizzotti.

The agent that caused the outbreak of bilateral pneumonia “is legionella”, the minister said at a press conference in Tucuman, adding that the precise type of legionella is being qualified.

Four people have died since Monday, and a total of eleven cases have been identified, centered around a private clinic, San Miguel de Tucuman.

Before him, two members of the nursing staff at the private clinic had died, then a 70-year-old woman patient in the same clinic where she had undergone surgery.

A total of eleven people presented symptoms similar, and seven are still under treatment, according to the provincial ministry. Of the ten initial cases, eight were healthcare staff at this clinic.

Examinations had ruled out Covid, flu, type A and B influenza, and hantavirus (transmitted by rodents) causes for these pneumonias, raising questions, and samples had been sent to the Malbran Institute in Buenos Aires, national reference in terms of infectious diseases, of which the Minister gave the first results.

“The name of the bacterium is in the process of being typified, but it is either possible that it is (Legionella ) pneumophila,” Ms. Vizztti clarified.

“It was never about an +unknown virus+, rather that we had bilateral pneumonia of unknown origin,” she said. underlined.

The provincial Minister of Health Luis Medina Ruiz had put forward the hypothesis of an infectious agent on Wednesday, but clarified that “toxic or environmental causes” were not excluded. In particular, he announced ongoing analyzes of the clinic's water and air conditioning system.

“Measurements are underway in the clinic to identify whether it (the bacterial agent) is in water, and on the accumulator tank”, in order to be able “to use the clinic again without any risk”, further indicated Minister Vizzotti.

Legionellosis is a serious pulmonary infection of bacterial origin , which can be contaminated by the respiratory route by inhaling contaminated water.

The president of the Medical College of the province of Tucuman, Hector Sale, had pointed out this week that the pathology observed in Tucuman was ” aggressive”, but that it was not a priori a disease involving transmission from person to person, “because the close contacts of these patients do not show any symptoms”.