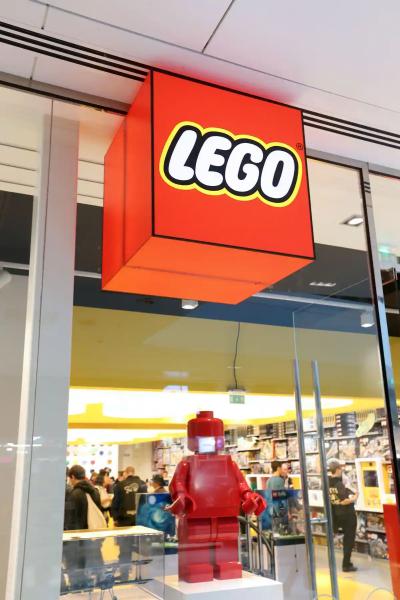 The world's number one toy company, the Danish Lego Group, announced on Tuesday that it would permanently cease sales in Russia due to the war in Ukraine, affecting all 81 stores operated by a Russian distributor.

The manufacturer of the famous plastic bricks “has decided to cease its commercial activities in Russia indefinitely” and “to end its partnership” with the Russian distributor Inventive Retail Group, “which owned and operated 81 stores in the name of the brand,” a spokeswoman told AFP.

The Danish group will also cut the posts of “most of its Moscow-based team,” a- she said.

Lego had already decided at the beginning of March to suspend its deliveries to Russia following the invasion of Ukraine, but the stores operated by its subcontractor had been able to remain open. and continue to sell their inventory.

“We confirm the termination of the contract with Lego,” u told AFP on Tuesday. spokesperson for Inventive Retail Group. “Our company will continue to work as an expert in the category of construction and educational toys,” she said, without further elaboration.

At the beginning of May, Russia had placed the products Lego on the list of a hundred categories of goods whose import without the agreement of the holders of the intellectual property was authorized.

Among these products were also Apple or Samsung telephones, major automotive brands, game consoles or even materials and spare parts used in industry.