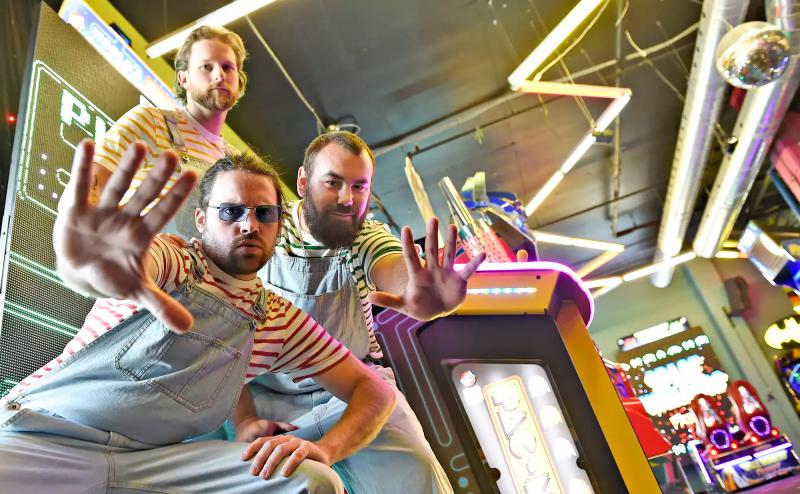 One is a rock singer, the other does folk music and a third thief evolves in indie universes. Together, three artists from Quebec formed the boy band Les Maryann and realized that playing in the flowerbeds of the Backstreet Boys is a lot more complicated than our prejudices might lead you to believe.

“It's hard, writing big hits. The artists who are in the boy bands are ultra-talented”, points out Dominic Pelletier (member of the rock group Caravan).

In effect. You have to compose catchy pop songs, dance in symbiosis in a music video, achieve vocal harmonies that will not irritate the ears of the listeners. “They are athletes,” admits Pierre-Hervé Goulet (the folk guy).

“On the set of the first music video, we took a nasty leap when we realized we had to dance. To make choreographies that look easy, it's ultra-complicated”, continues Samuel Wagner (the indie guy).

In his first five-track EP, L'essentiel, and in his music videos, Les Maryann appropriates the codes of so-called commercial pop with a smirk. For the photo shoot, the three guys had opted for a Californian look: overalls over a pastel-colored striped sweater.

This is second degree and assumed. Musically, however, it's serious. The songs had to hold up, says Samuel Wagner. They hold it, since the first extracts Mireille and Fais-toi s'en pas had some success on the radio.

“Our product right now is focused on late 90s and early 2000s pop, but we're a melting pot of stuff, from the Beach Boys to the Bee Gees,” he explains. /p>

In their approach, they took the concept to the point of shooting a humorous documentary that tells the story behind the creation of the group until to its… breakup.

It's not a joke, they say. Dominic Pelletier really decided, even before the group really took off, to record a solo album, which will be released in the next few days. This explains why no tour is planned.

“For now, it's on the web”, says Samuel Wagner.

There is still hope. “If the fans send us love letters…”, says Pierre-Hervé Goulet.