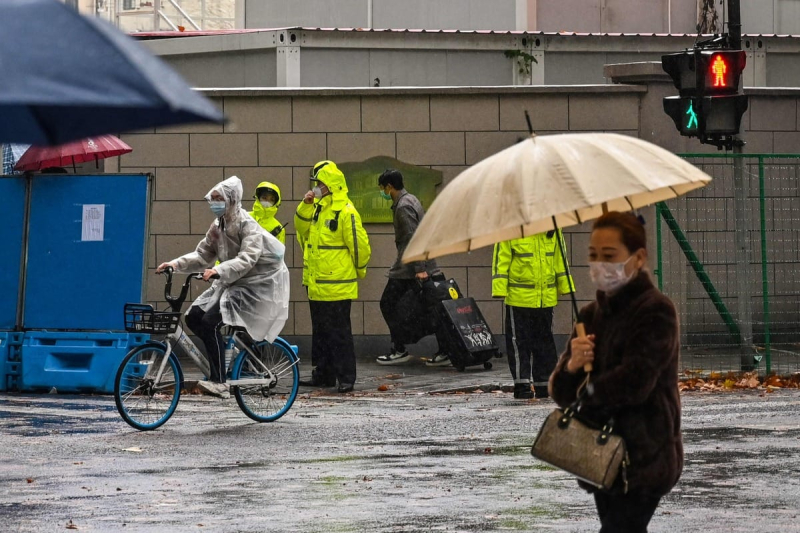 Reopening businesses and fewer requirements for PCR tests: health rules are being relaxed in more and more Chinese cities, including Beijing and Shanghai, a week after historic angry protests.

In the capital of 22 million inhabitants, many shops had reopened as early as this weekend and residents could use public transport again on Monday without having to present a negative PCR test result dating back less than 48 years. hours.

In Shanghai, which was confined for a long time last spring, this measure will be extended from Tuesday to a large number of public places, with the exception of health centers, hospitals, schools, restaurants, bars and retirement homes.

The economic capital, with a population of 25 million, had already announced the lifting of the obligation to present a negative PCR test to access parks and tourist sites.

Presentation of a health pass, however, continues to be required in many places in China. And travel remains difficult between provinces, as travelers may remain stranded in their place of stay in the event of an epidemic outbreak.

A week ago, the anger that had been simmering for months against the strict “zero COVID” policy erupted, with demonstrations in a dozen cities, on a scale not seen since the pro-democracy mobilizations of Tiananmen in 1989.

In effect for almost three years, this policy has disrupted the daily lives of residents, with, in particular in 2022, repeated confinements and large-scale PCR tests almost daily.

In response, authorities have since begun to ease restrictions, a move applauded by the World Health Organization (WHO).

The official press, which had previously insisted on the dangerousness of COVID, has also changed its discourse.

< p>Chinese business media Yicai quoted a health expert on Sunday as pointing out that “most of those infected are asymptomatic” and that “the death rate is very low”.

The National Health Commission (NHC), which has the value of a ministry, classifies COVID in category A, the most dangerous, which allows local authorities to impose confinements and placements in quarantine centers.

< p>This approach is now “no longer in line with what the science says”, believes the expert, calling for “lowering” the category COVID.

Near Shanghai, the city of Hangzhou announced an end to large-scale PCR tests, except for people in contact with retirement homes, schools and daycares.

In Urumqi, capital of Xinjiang (northwest) – where a deadly fire has sparked national protests, health restrictions being accused of having hampered relief – supermarkets, hotels, restaurants and ski resorts reopened on Monday .

In Wuhan (center), where the first cases of COVID-19 were detected at the end of 2019, and in Shandong province (east), public transport has also stopped requiring tests negative PCRs to passengers.

In central Zhengzhou, the city that hosts the world's largest iPhone factory, authorities have lifted the testing requirement for public places and transportation.

Following the protests, authorities quickly quashed the movement with a heavy police presence and increased social media surveillance. This does not prevent the occurrence of sporadic manifestations.

About 300 Wuhan University students demonstrated on campus Sunday evening, according to videos posted on social networks and the testimony of a participant.

Massed in front of the main administrative building of the establishment, they protested, without violence, against the sanitary provisions relating to exams and school holidays, a witness told AFP.

The university had announced on Sunday the gradual resumption of face-to-face classes and “the optimization of epidemic control measures”, but without allowing students and staff to leave campus premises freely.

While many PCR test cabins have been dismantled in recent days in China, long queues were still visible this weekend and Monday against those who remained, especially in Beijing and Shenzhen (south), because the tests are still necessary in many case.

“Students cannot go to school without a negative test for 24 hours”, underlined a user on the social network Weibo, the Chinese equivalent of Twitter.

“So what is the point of closing test booths without removing all testing requirements everywhere?”

The number of cases was down on Monday, to 29,724, mostly asymptomatic, a tiny figure compared to the Chinese population (1.4 billion).