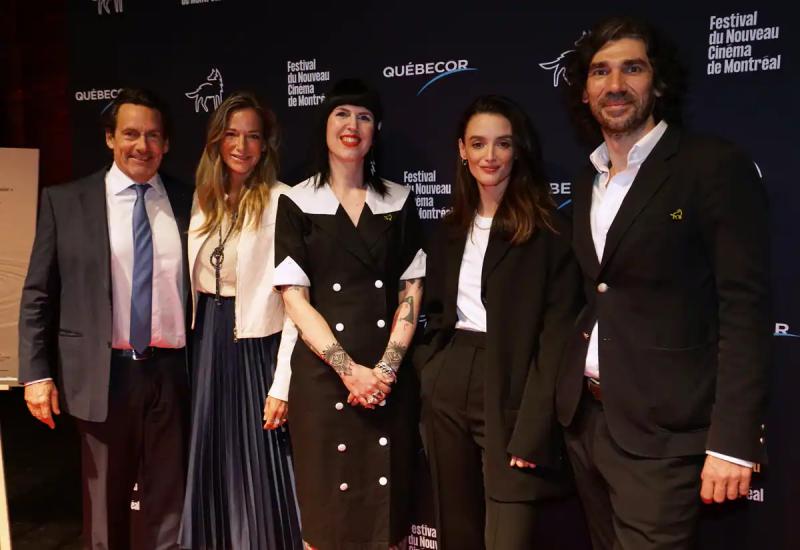 The 51st edition of the Festival du nouveau cinema (FNC) was launched last night at the Imperial Cinema with the Quebec premiere of Falcon Lake, first feature film by Charlotte Le Bon.

The Quebec actress and director walked the red carpet in the company of the main actress of her film, Sara Montpetit.

The 51st FNC takes place in several cinemas in Montreal until October 16. Nearly 300 films from around 50 countries are on the program for the event.

The names of the people on the red carpet so far: