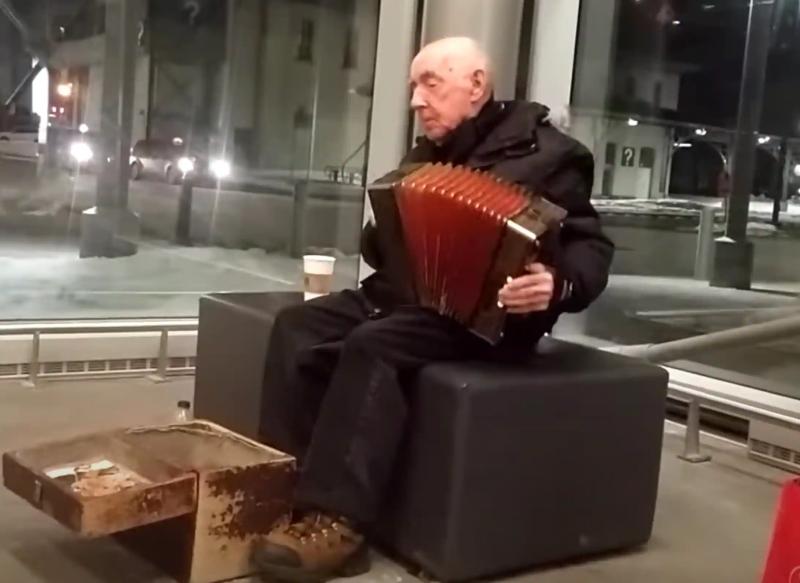 The death of the accordionist of the ferry, a man well known to Lévis residents and ferry users, will leave a great void as he spent several decades illuminating the daily lives of passengers with his sweet music and his eternal smile.

Marcel Aubin was a well-known face on the Québec-Lévis crossing. Before the pandemic, for many years, the man was there every day, playing the accordion on one of the ships or at the entrance to the crossing in Lévis.

The musician, whom many call a “monument”, died last Thursday. The causes of his death are unknown, but according to a merchant from Lévis who knew him for a long time, he was hospitalized for several weeks, before being transferred to a CHSLD shortly before his death.

“ He had been isolated for two and a half years because of the pandemic. It made him sad,” says Michaëll Deschamps Robin, manager of the Bonté Divine café in Lévis.

Before the health crisis, the musician had been visiting the café located just in front of the crossing daily for 11 years, underlines Mr. Deschamps Robin.

“He had his tea every evening before going to play at the station of the crosspiece, he continues. He spread happiness.”

Many of the ferry users also have fond memories of Mr. Aubin.

“People, especially tourists, loved him. . We had a kind of compassion for him, knowing that he did not live in wealth. The Société des traversiers did not prevent him from making crossings on its ships. He had his V.I.P pass. It's like a monument that just left,” says Dave Tremblay, who was a passenger for many years.

“He clearly marked the ferry's large clientele with his inspiring music , sometimes melancholic and other times playful and festive. It looked like it was part of the walls of the ferry and will be there forever,” adds Anne-Marie Veillette, another ferry user.