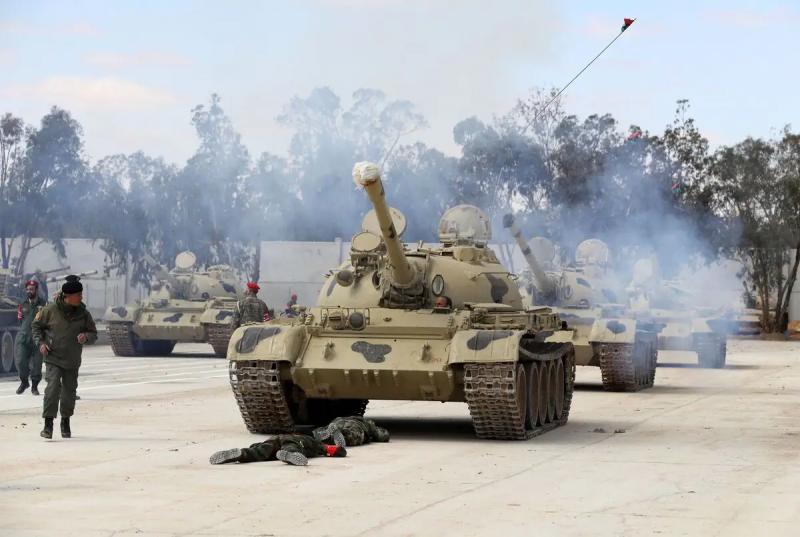 Fighting between armed groups erupted overnight from Sunday to Monday in Zaouia, a town in western Libya, leaving 5 dead and 13 injured, according to the emergency services.

According to local media, the clashes, in particular with heavy weapons, opposed two groups officially affiliated with the Ministries of Defense and Interior, in the heart of this city located at a forty kilometers from the capital Tripoli.

The Ambulance and Rescue Service reported 5 dead, including a 10-year-old girl, and 13 injured.

According to a local security source who requested anonymity, the fighting broke out after a member of one of the two groups was killed by a supporter of the other due to a dispute over fuel trafficking, very current in this region close to the border with Tunisia.

These clashes occur at a time when the North African country is going through a serious political crisis on r background of chronic insecurity marked by recurrent fighting between armed groups.

Two governments have been vying for power since March: one based in Tripoli and led by Abdelhamid Dbeibah and another led by Fathi Bachagha and supported by the camp of Marshal Khalifa Haftar, the strongman of the East.

At the end of August, fighting between rival militias in Tripoli left 32 dead and 159 injured, a consequence of this political showdown .

Libya has been plunged into chaos since the fall of Muammar Gaddafi's regime in 2011, plagued by power struggles and regional divisions.