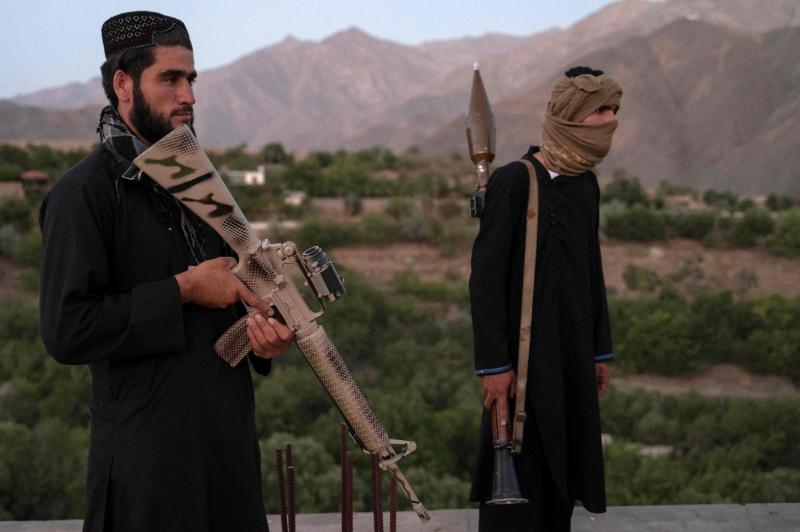 In the Panchir Valley, the former historic bastion of resistance to the Taliban that fell into the hands of the Islamists in early September 2021, residents still live in fear of the new masters of Afghanistan, accused of abuses.

“Since they arrived, people have not felt safe, they are afraid and cannot speak freely,” Amir told AFP ( first name modified), a 22-year-old student, near the village of Safid Cherer.

On September 6, 2021, the Taliban announced that they had taken “complete” control of the Panchir Valley, where the National Front of resistance (FNR) stood up to them since they seized power in Kabul on August 15.

The valley, landlocked and surrounded by high mountains, 80 km north of the capital, was made famous in the late 1980s by commander Ahmad Shah Massoud, nicknamed the “lion of Panchir”, before he was assassinated by Al-Qaeda in 2001.

It had resisted under Soviet occupation in the 1980s, then against the Taliban during their rise to power a decade later and then their first regime (1996-2001).

A year after the return to control of the Islamists, the FNR, led by Ahmad Massoud, the son of the late commander, appears to be the only conventional military threat to the new power.

At the beginning of May, it announced a large offensive in Panchir and other northern provinces.

There were localized clashes with the Taliban. And as often, each claimed to have caused dozens of deaths in the opposing ranks. Balance sheets impossible to confirm from an independent source.

Since then, the resistance has been pushed back into the mountains. In the valley, 6,000 Taliban fighters are deployed and now firmly hold the main road which winds for more than a hundred km alongside the tumultuous Panchir river.

They are clearly visible in the villages and on several checkpoints.

“In the evening, we can't walk with our friends (…) As soon as we settle down somewhere leaves to have fun, they come to stop us, asking us why we are sitting there”, continues Amir.

According to him, “they probably think that if young people get together, they are planning something against them”, as if they belonged to the resistance.

In June, the NGOs Amnesty International and Human Rights Watch accused the Taliban of having committed acts of torture in the province and arbitrarily detained civilians accused of belonging to the FNR.

“These serious human rights violations create a climate of fear and distrust in the region,” noted Amnesty.

Accusations denied by the Taliban.

“Before, we felt very good coming here, our husbands could come freely,” recalls Nabila, who came from Kabul with her four sisters for their mother's funeral. , near the town of Bazarak.

“Now we are scared and we fear that they (the Taliban) will arrest them. Most of our husbands could not come for the funeral, we told them that the Taliban could not be trusted,” she told AFP, without giving her name.

When the Islamists arrived in September, many residents had fled.

“Probably less than 2,000 families may have left Panchir, but most of them have returned,” he told AFP Abubakar Sediq, spokesman for the governor of Panchir, which had more than 170,000 inhabitants before August 2021.

Asked about the actions of the FNR, he replied “propaganda”, as did Abdul Hamid Khurasani, local head of the Badri unit, the Taliban special forces.

“We did not see any front, the front does not exist,” the fighter calmly replies, from a house in the village of Tawakh, in Anaba district, dominating the entrance to the valley and which has become his HQ.

“No security threat does not exist, nowhere (…) A few people are in the mountains, we are in pursuit of them”, affirms the man, surrounded by a close guard heavily armed.

“If we were a few fighters and if we had been pushed back into the mountains, why are they sending thousands of fighters?” Ali Maisam Nazary, head of international relations for the FNR, told AFP.

“We have a permanent base in each side valley of Panchir, more than 20 bases”, and also in other provinces in the northeast, he says. The FNR claims a membership of some 3,000 members across the country, a figure that is impossible to verify.

For Michael Kugelman, of the American think tank Wilson Center, “the will (of the FNR) to fight is there, but (…) the capacity is not there”, underlining that a “large part” of its leaders and its fighters are abroad, particularly in neighboring Tajikistan.

“For the FNR to be a truly effective group, it will need more external support, military and financial”, says -he.

The other threat to the authority of the Taliban remains the Islamic State-Khorasan (EI-K), the regional branch of the IS, which has been quite active for a year.

The jihadist group has planted bombs and carried out suicide bombings, but it has mostly targeted Afghan religious minorities, mainly Shiites, rather than attacking the Taliban directly.

The Taliban are trying to play down the threat of EI-K, and lead a ruthless fight against the group, arresting hundreds of men accused of being part of it.

They claim for a few months to have defeated EI- K, but analysts believe that the extremist group still poses the main security challenge for the new Afghan power.

Michael Kugelman believes that the FNR could benefit from an increase in attacks by ISIS .

“If Afghans see their families being blown up by ISIS (…), that could, I think, do a major damage to the legitimacy of the Taliban and this could benefit the FNR and give it an opening” to appear as an alternative, judges the analyst.