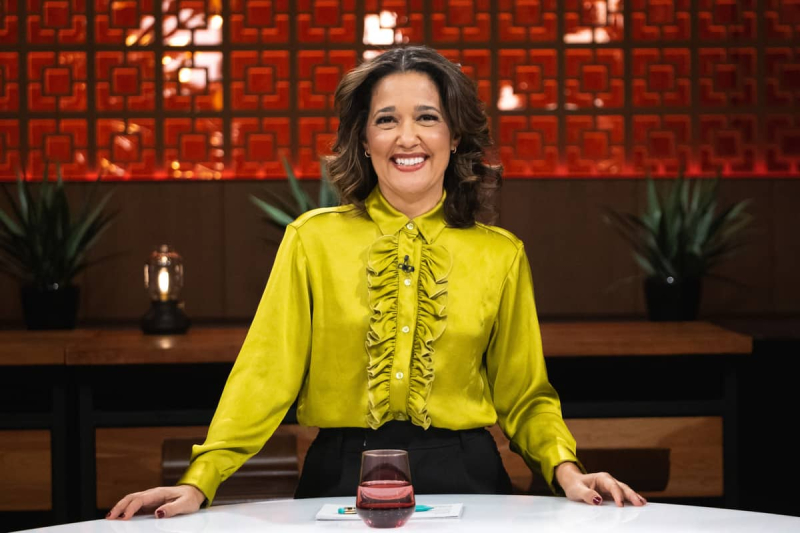 Sophie Fouron brings all her energy and good humor to her show “La vie est un carnaval”, which bridges the gap between all the cultures radiating within Quebec society.

The friendly host surrounds herself with three collaborators in each of the episodes. For the first, when she receives Boucar Diouf, a guest who is always enthusiastic and ready to chat, Sophie surrounds herself with Elkahna Talbi, who talks about the different ways of greeting around the world, Tatiana Polevoy, who discovers the interior of a soukka while meeting a Jewish family in Montreal on the occasion of Sukkot, and Kevin Raphaël, who delves into the significance of the plaster lions so popular among Italians.

The energy and good humor mentioned above transpire on set, both with the collaborators and the guest of the week. And when we are lucky enough to welcome someone of the caliber of Boucar Diouf, who shares his great personal culture by entertaining us and making us feel more intelligent in contact with him, the magic works for sure.

The humorist and oceanographer, who obtained a doctorate in biology at the University of Quebec in Rimouski (UQAR), describes himself as a “storyteller”. Arrived in Quebec in 1991, at the age of 24, the native Senegalese, who always takes pleasure in quoting his grandfather, likes to say that he likes both “to dilate the spleen, to touch the heart and stimulate people's minds. Married to a Gaspé woman, he “let Quebec enter [him]” and does not like politicians to speak of “our immigrants” as if they belonged to La Belle Province.

The poet Léopold Sédar Senghor had a good formula for describing the integration of immigrants, according to Boucard, which he quotes by saying that one can “”assimilate without being assimilated”, because for me integration takes place in both sense”.

“I felt welcomed and enveloped, I felt like letting Quebec come into me, but I wouldn't have had the same taste if, [on my arrival], I had heard what I said. heard in the last election campaign,” said the 57-year-old, recalling that the responsibility to welcome immigrants well in order to give them momentum belongs to the host society as well as to the people who make it up.

“Life is a carnival” wishes to broaden horizons and encourage openness to others, among all the cultures that make Montreal and Quebec an increasingly important land of welcome. It's a dynamic, lively set, and of course we like the personality of the host, her curiosity, her sensitivity and her communicative smile. We remember her entire journey, from “Lionesses” to Radio-Canada via “Ports d'attache”, “Chacun son île” and “Tenir salon” (which she hosts for a third season on TV5), until to the magazine “Retour vers la culture”, which she co-hosts with Benoît McGinnis on ICI ARTV.

The first season will also roll out the red carpet to guests such as Schelby Jean-Baptiste, Fabien Cloutier , Gildor Roy and Rebecca Makonnen.

Produced by URBANIA, “Life is a carnival” also counts Corneille, Neev, Isabelle Picard and Manuel Tadros among its collaborators. The show will be broadcast on TV5 every Friday at 9 p.m., starting January 20. It will also be available online [tv5unis.ca/la-vie-est-un-carnaval/saisons/1].