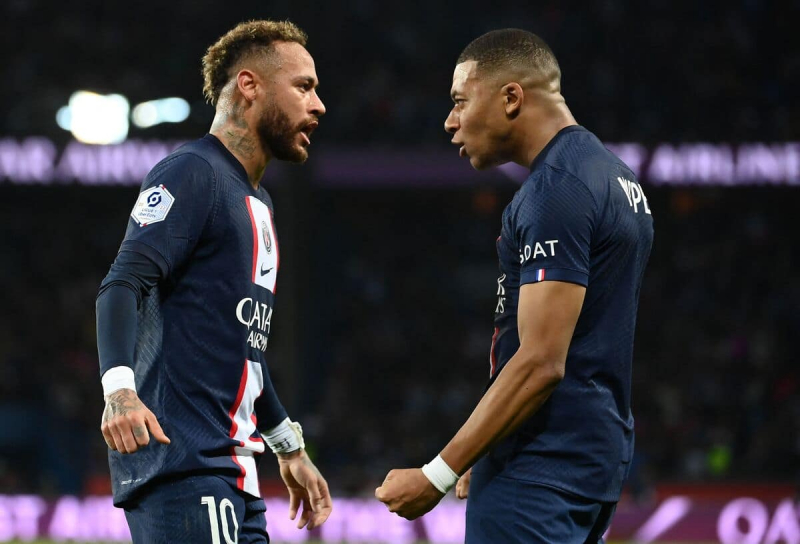 At the end of an eventful week marked by business shaking the club and the moods of Kylian Mbappé, PSG offered their great rival Marseille (1-0) during the Classic of Ligue 1, Sunday at the Parc des Princes.

Paris, still undefeated in all competitions, remains alone at the top of the standings and relegates OM to six lengths. But the most important thing for the players in the capital was above all to ward off the bad vibes after an avalanche of embarrassing revelations in recent days.

Between Mbappé's supposed departure desires, barely five months after an extension with great fanfare until 2025, and Mediapart's disclosure of the club's establishment of a “digital army” on Twitter, PSG have experienced turbulent days just before receiving his lifelong enemy.

The conditions were not ideal to prepare for this shock against a Marseille team cheered up by their two Champions League victories against Sporting Portugal ( 4-1, 2-0). The pressure was therefore enormous on the shoulders of the Parisians, with the risk of sinking into a crisis in the event of defeat.

But, pumped up by a furious public, the troops of Christophe Galtier, who remained on three draws in a row without flavor, did not miss this unmissable event.

Like a symbol, it was Neymar, served by Mbappé, who made the difference just before the break (45th + 2), scoring his 9th goal in the league to join Lille's Jonathan David at the top of the ranking of the best fireworks in L1.

Paris did not crack

If the two men are rivals behind the scenes, Neymar reproaching the French world champion for having requested his transfer last summer, they know how to put aside their dispute on the ground. It was necessary to prevent PSG from imploding and the locker room from irretrievably cracking.

Paris has not succeeded in everything, like its very average recent productions, but it has had the merit of not breaking down psychologically despite a heavy context. The exclusion of Samuel Gigot, for a gross foul on Neymar (72nd), also made it easier for him to hold the result at the end of the game.

If Igor Tudor had aligned his standard team, Galtier had to tinker in defense with the absences of Presnel Kimpembe (injured), Sergio Ramos (suspended) and Nuno Mendes (injured), abandoning his fetish 3-4-3 since the start of the season for a 4-3-3.

Danilo's quick exit on injury and the entry of Nordi Mukiele in defense (24th) did not disorganize the team too much. team, which on the other hand was able to count on the return of Lionel Messi, recovered from its glitches in the calf.

The Argentinian was, moreover, the first to be dangerous (3rd, 4th, 29th) before finding the bar of Pau Lopez on an unstoppable free kick (35th). Even if he did not make the difference as he used to do with FC Barcelona during the many clasicos disputed against Real Madrid, he was precious for his technical quality and his vista. < /p>

Very busy, the Marseille goalkeeper also had to work several times in front of the Parisians, Messi or Mbappé (20th, 28th) and even Marco Verratti (60th) while Gianluigi Donnarumma had less work, except for attempts by Nuno Tavares (32nd), Chancel Mbemba (39th) and Jonathan Clauss (52nd).            < /p>

Mbappé, at the center of all affairs during the week, did not seem unduly destabilized even if his performance was uneven, despite his assist for Neymar. But a perfect evening for Paris in the ambient doldrums.