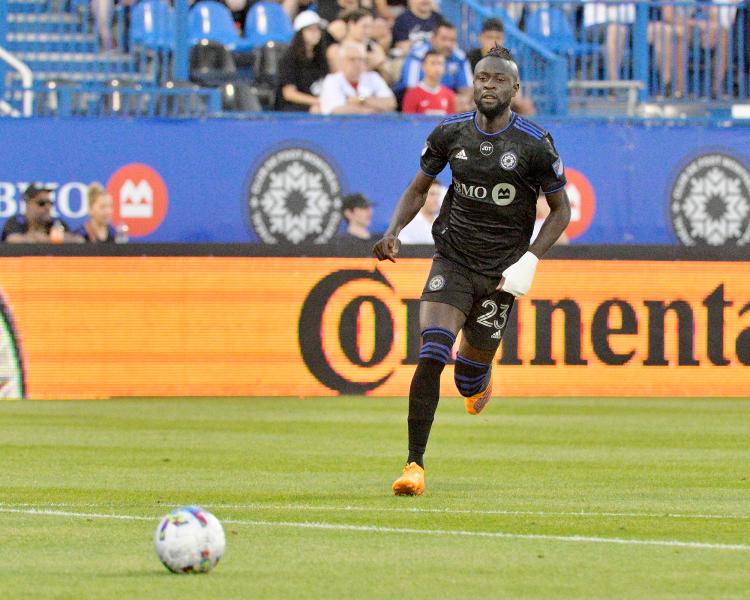 It was a goalscoring spree on Sunday night at BMO Field, as CF Montreal and Toronto FC scored a combined seven goals in a 4- 3 of Wilfried Nancy's troupe.

Toronto FC had opened hostilities with two early goals before seeing CF Montreal score four unanswered goals; three in the first half and a fourth at the start of the second. If the locals arrived with Colts, the visitors responded by releasing their Winchesters.

After being defeated in midweek by the New York Red Bulls, CF Montreal recovered by going look for three very important points on the road.

Thus, the Montrealers have once again validated the good regular season they are experiencing, with 52 points – a team record in MLS – in 29 games, second in the Eastern Conference standings.

For its part, Toronto FC, who absolutely needed a victory, are four points behind seventh in the East, the last giving access to the playoffs.

However, the representatives of the Queen City scored two quick goals early in the game. Thus, CF Montreal could twirl between two mentalities. Either that of a fairly heavy defeat or one whose lead would be reduced before half-time and that the hope of a result would still be there in the second half.

But it was much more than that. Montreal completely reversed the trend with four unanswered goals, including three before the end of the first half.

Here are the reasons for this turnaround.

CF MTL nevertheless kept its structure and continued to respect its game plan. The club has never stopped working. In contrast, Toronto FC were unable to defend well, particularly in the transition from attack to defence. The Queen City formation has players committed offensively, but it is very open in midfield and defensively; Michael Bradley can't do it all alone. And in net, goalkeeper Alex Bono will certainly want to forget this game. He was horrible.

CF Montreal once again showed they deserved the win, even if they were helped by the poor actions and reactions of the Toronto goaltender.

On the first goal, he could have redirected the ball to the side instead of giving a perfect rebound to Kamal Miller.

On Djordje Mihailovic's net, he was badly positioned and should have stopped this long shot.

Then Kei Kamara sent the ball between his legs on the third goal and on the fourth he didn't even have a reaction.

In recent years, there have been several good players who joined the Montreal team, Mihailovic, Miller, Alistair Johnston, Victor Wanyama to name a few.

But there there's also Kamara, who is an MLS legend and a rather elderly player for professional sports. But he helps the team a lot because of his hard work, his forward defending skills and his ability to score goals.

I mention his name again because he has added value invaluable to CF Montreal. We don't choose him as player of the match, but it's just like. For me, he was the star of the game against Toronto FC.

In the end, it was a performance with a certain inconsistency, but CF Montreal showed why they are in second place in the East. It was a serious and professional effort and the club remained focused despite the difficult
start.