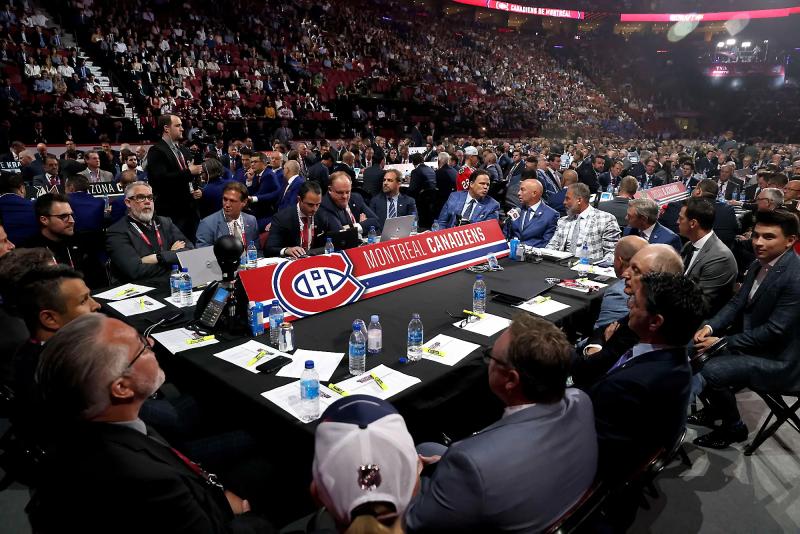 It looked like a live version of the excellent film Draft Day, last night at the Bell Centre. Kent Hughes or Jeff Gorton, or both together, have put on the shoes of Sonny Weaver Jr., general manager of the Cleveland Browns, whose role is played by Kevin Costner, to put on a great show.

I never get tired of watching Draft Day. It's one of the best sports movies ever.

Holder of the first pick in the NFL draft, Weaver shakes up the order of the draft by ignoring heavy favorite Bo Callahan, who plays at quarterback. Weaver chooses linebacker Vontae Mack instead.

Uncertainty grips the general managers who follow in the selection order.

Why such a slide?

Question of feeling, answers Weaver who has learned that Callahan doesn't was not liked by his teammates in college.

Weaver continues to confuse his counterparts by trading draft picks to get two other players they covet.

Eventually, Callahan is selected seventh overall by the Seattle Seahawks.

Shane Wright, who was considered the best prospect in the National League Draft, had to wait until fourth place to be claimed last night.

Ironically, it was another Seattle team, the Kraken, who called him to the podium.

What was wrong with him? Lack of intensity, they said.

Already seen as a star

The Canadian has therefore made Juraj Slafkovsky his Vontae Mack. The crowd hailed the decision by giving the Slovak colossus a monster ovation.

That was the final nail in my morning column in which I said Wright met the requirements for a career in the crazy market of Montreal.

Writings that earned me criticism from a few people who argued that Slafkovsky already has the size of a National League player.

I want to say in my defense that I mentioned it. But it doesn't really matter when you haven't lined up behind the right player.

In the end, the Canadian went there for the home run to use Alain Chainey's expression who I spoke to in a column earlier this week.

Is this really a bold decision?

When I see what happened to Wright, I say to myself: not that much. The main thing, for the moment, is that the selection of Slafkovsky rallies a large majority of supporters.

The spectators present at the Bell Center fell in love with their new giant left winger.

There was a commotion in the stands when Slafkovsky climbed the stands to go to the stand set up for the TVA Sports reporting team.

But starting in the fall, things will get serious. The youngster will be given a grace period, but he will have to show things. He will have to do what he will be paid to do, which is to score goals.

If he makes his place alongside Nick Suzuki and Cole Caufield and it clicks between the three, the evenings will be more pleasant next winter,

In closing, a word about Kirby Dach. There is talk of a third overall pick in 2019, who produced little. But he's only 21. As for Alexander Romanov, I liked him. The Canadian must have had his reasons, but I seem to have gone quickly with him.