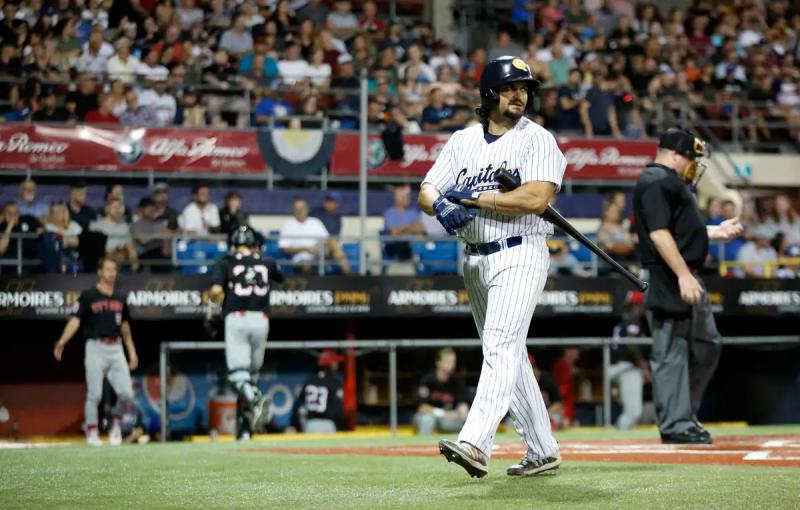 QUEBEC | Having never won a championship in the uniform of the Capitals, at least before 2022, the American TJ White considers Quebec City as one of the most beautiful places to play baseball.

“It's fantastic, it's like nowhere else I've played,” he said. I already have a long career, I'm one of the oldest in the team and it's one of my favorite places.”

“The fans are incredible, they are always involved in the game, boasted White. It feels like it's always filled to capacity, no matter how many people there actually are.”

Hailing from Las Vegas, the 30-year-old floats on cloud nine during the playoffs as fans turn up. He himself stirred up the crowd a few times. After an important hit giving the victory in the 11th inning, during the previous series against the Ottawa Titans, he notably hit a two-run homer, Saturday, in a completely crazy victory against the Schaumburg Boomers.

A memorable end to the match

No matter how this final against the Boomers was to go, many will remember the end of Saturday night's game at Stade Canac. This time it was Ruben Castro who got the game-winning hit, pushing Yordan Manduley and David Glaude, late in the ninth inning, into a 4-3 win.

“It's always fun to watch a game-ending hit was fantastic on Saturday,” White said. It was quite a presence at bat for Ruben, he came to get the win for us. I was happy for him, but also for the whole team.”

White had made his first stay with the Capitals in 2018 and 2019. It was therefore just before this initial passage, either in 2017, that the Quebec club had won its most recent championship in the Can-Am League.

While he places the Old Capital among the favorite places where he played baseball, the friendly player from first goal, however, has a busy career that has taken him to North America and Mexico a fair bit. Drafted in the 18th round by the Minnesota Twins in 2014, White spent five seasons in this organization, including playing nearly 200 games in Tennessee, with the Chattanooga Lookouts, at the AA level.