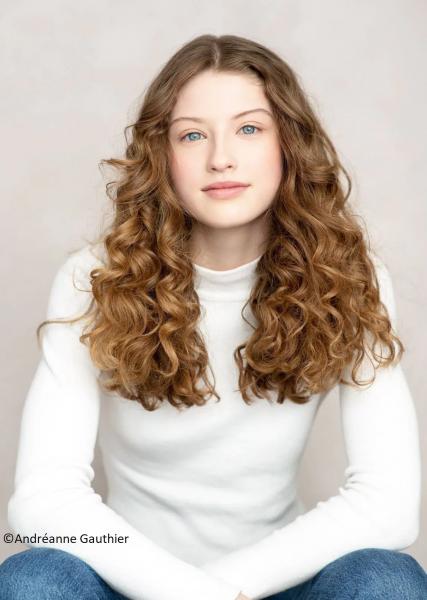 After auditioning dozens of young actresses, director Mariloup Wolfe and author Sarah-Maude Beauchesne have found the lucky winner who will defend the main character of their film adaptation of the teen novel < /strong>Slush Heart. Her name is Liliane Skelly and she had been in their sights for a year already. “It was a real crush,” says Mariloup Wolfe.

“We had already noticed Liliane [Skelly] a year ago during a first round of auditions , but we wanted to see her again this year to see if she still had that freshness and candor that seduced us last year. We loved it even more the second time around. We therefore chose it unanimously,” explained Mariloup Wolfe (Arlette), in an interview with the Journal.

In addition to meeting several actresses recommended by professional agencies, Mariloup Wolfe opened the auditions to the general public by doing wild casting across the province. Result: nearly 700 young girls offered their services to play the role of Billie, the heroine of the best-selling novel by Sarah-Maude Beauchesne, published in 2014.

“ It was super stimulating to go in search of our Billie ,” says Sarah-Maude Beauchesne (Fourchette), who spent six years working on the script for the film, adapted from her own novel.

< p>“ Billie is an atypical character in the sense that she has an atypical physique, clumsiness, emotionality and great sensitivity. The actress who was going to play Billie had to have those characteristics. Liliane does not look like Billie in every way. But she has that kind of sparkle that Billie has in the novel and in the screenplay.”

At the Water Park

Shooting for Heart of Slush begins will begin on September 6 and will run until October 20 in Saint-Sauveur, Estrie and around Montreal. As the character of Billie works as a supervisor in water slides, a fortnight of filming is planned at the Saint-Sauveur Water Park, underlines producer Christian Larouche (Confessions).

Cœur de slush tells the story of Billie, a 16-year-old girl who falls in love with a young cyclist prodigy. Sarah-Maude Beauchesne, who wrote this autobiographical story when she was only 18, intends to attend the filming of the film as much as possible. “I'm not going to hide my pleasure! It’s still sick to see a story that we wrote materialize before our eyes” she gets carried away.

Sarah-Maude Beauchesne wrote the script for the film, adapted from her own novel.

Although she has already starred in District 31 and The Secondary Effect, Liliane Skelly does not have a lot of experience in front of the camera, but “she has enough to know what she is getting into”, underlines Mariloup Wolfe. The young actress will be surrounded by Camille Felton, who will play Billie's big sister, and François Létourneau who will play their father. Joseph Delorey, Salma Serraji, Viv-Anne Riel and Jacob Whiteduck-Lavoie will form the rest of the group of young people.

Note: François Létourneau will be the only adult in the film. “We really want to make a film for young people without the vision of adults”, specifies Mariloup Wolfe.

By bringing to the screen a novel which has had enormous success with young people (it sold more than 30,000 copies), Mariloup Wolfe is aware that she will have to deal with the pressure to satisfy the many fans of the book. She was also able to see the immense popularity of Sarah-Maude Beauchesne by rubbing shoulders with her during the auditions.

“Sometimes the young girls would come into the room and not even see me. They just saw Sarah-Maude behind me. She really has a big fan base and I don't want to displease that audience,” she says.

Volunteer extras are being sought for the shooting of the film on September 10 in Saint-Sauveur and September 25 at Lac Brome. For more details: www.lesfilmsopale.com/figuration