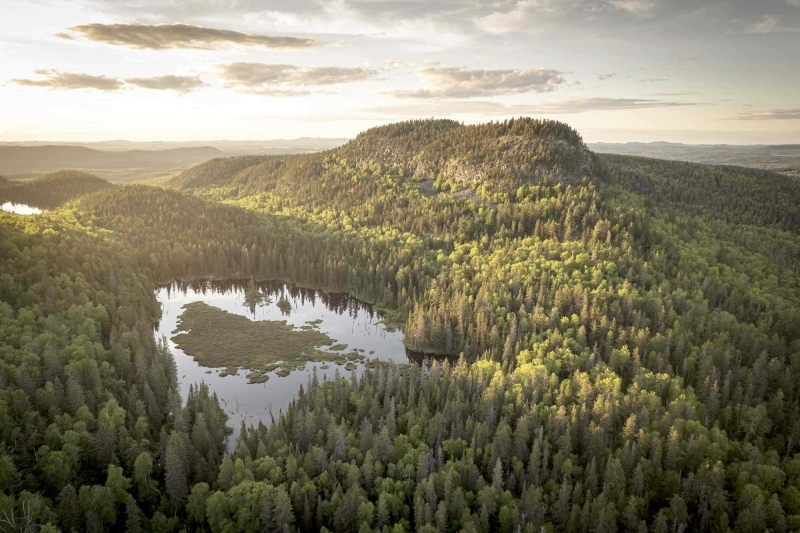 In the confines of Northwestern Quebec, near the Ontario border, a series of geological formations provide relief to a region that is generally not very rugged. This Canadian Shield peneplain also includes Mount Chaudron and the Kékéko Hills.

Some of you may have heard the name “Kanasuta” often, in this case in the discography of the songwriter Richard Desjardins. Nevertheless, from a geographical point of view, it is above all a lake, a river and a hill. The word Kanasuta seems to have several meanings. In Ojibwe, it means “where the devils go dancing.” This sector of Abitibi-Témiscamingue is known for its archaeological and ecological richness, as well as for the ski resort, Mount Kanasuta, K1.

Another hill remains in the background . Much wilder and less frequented, K2 is also nicknamed Lion Mountain, because of its shape. From certain angles, it resembles a dozing lion. Located on an old and no less famous portage route used by Pierre de Troyes in 1686, these hills are camped on the watershed line between the St. Lawrence and Hudson Bay. Like the majestic mane of the lion, the mountain sits in the heart of the Kanasuta landscape, filled with stories and legends…