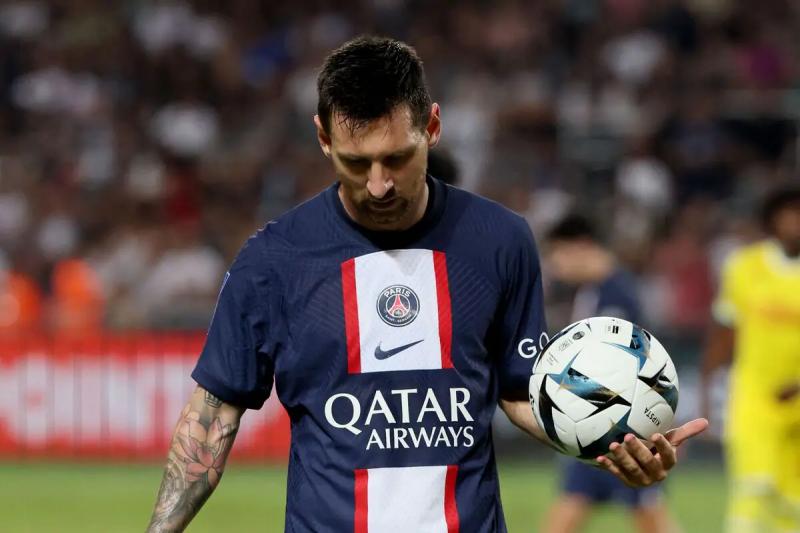 The Argentinian Lionel Messi, seven-time winner and crowned last year, is not part of the list of 30 nominees for the Ballon d'Or 2022 unveiled on Friday.

His Brazilian PSG teammate Neymar is also absent, unlike the big favorite, the Frenchman Karim Benzema (Real Madrid). The Ballon d'Or 2022, awarded by France football magazine, will be presented on October 17.

The non-nomination of Messi is quite an event, the Argentinian having been present among the contenders for the Ballon d'Or since 2006 and on the podium almost continuously since 2007, except in 2018.

But “La Pulga” (35), like Neymar, is coming out of a very complicated first season with PSG, with whom he scored only 11 goals in all competitions, failing in the knockout stages of the Champions League against at Real Madrid.

The five-time Portuguese winner Cristiano Ronaldo, whose return to Manchester United last summer was also not a great success, is on the other hand named.

His ex-Real Madrid team-mate Karim Benzema, who is an immense favorite to succeed Messi on the list, is also present.

The Frenchman was the main architect of Real's 14th coronation in C1, finishing as the competition's top scorer (15). In 2021/2022, Benzema scored 44 goals in 46 appearances for the Madrid club, also winning the Spanish Championship.

By doubling the lead against Frankfurt (2-0) on Wednesday in the Supercopa d n Europe, the ex-Lyonnais (34) also became the 2nd best artificer in the history of Real with 324 achievements, ahead of Madrid legend Raul.

In his club exploits, Benzema has also added the Nations League last season, his first trophy with the France team.

The Blues have a total of four candidates in the list for the Ballon d'Or (Karim Benzema, Kylian Mbappé, Mike Maignan, Christopher Nkunku) and two for the Yachine award for best goalkeeper (Hugo Lloris, Mike Maignan).

20 nominees are also in the running for the Women's Ballon d'Or. We find the defending champion Alexia Putellas and the Norwegian from Lyon Ada Hegerberg, first winner in 2018.

The Ballon d'Or changes format this year since it will now focus on performances achieved during the sports season and not the calendar year.