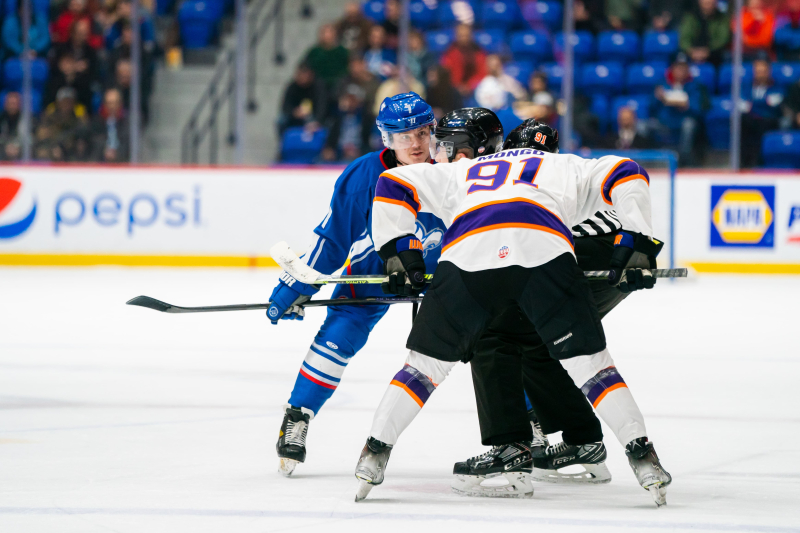 Despite a last-ditch effort at the end of the game, the Trois-Rivières Lions suffered their eighth straight 3-1 loss to the Reading Royals on Wednesday at the Coliseum Videotron.

Quebec's Yvan Mongo settled the dispute midway through the third period, giving his team the lead. The native of Gatineau signaled himself by firing a one-timer shot near Trois-Rivières goalkeeper Joe Vrbetic.

At the end of the match, the local favorites tried to come back by putting a lot of pressure on the opposing net, while they had the advantage of a man after recalling the masked man to the bench. Charlie Gerard took the opportunity to increase the gap by scoring in an empty net.

The only response from the local favorites came from the stick of William Leblanc, who scored his eighth goal of the season. The Drummondvillois grabbed a throwback from Francis Thibeault and beat goalkeeper Nolan Maier.

It was the visiting team that scored first. Mason Millman found the back of the net by shooting from an unlikely angle that surprised the opposing goalkeeper.

After the match, Mathieu Brodeur greeted the crowd, he who made the decision to retire professional hockey at the age of 32. The family of number 25 was gathered for the occasion and carried a poster where it was possible to read “Happy retirement Mat”. The Montrealer played for 11 seasons in the American League in addition to playing in France, Slovakia and elsewhere in the ECHL. He ended his career in Quebec by playing the last two seasons in Trois-Rivières.

The Lions will head to Glens Falls for three games in three nights against the Adirondacks Thunder, starting Friday.