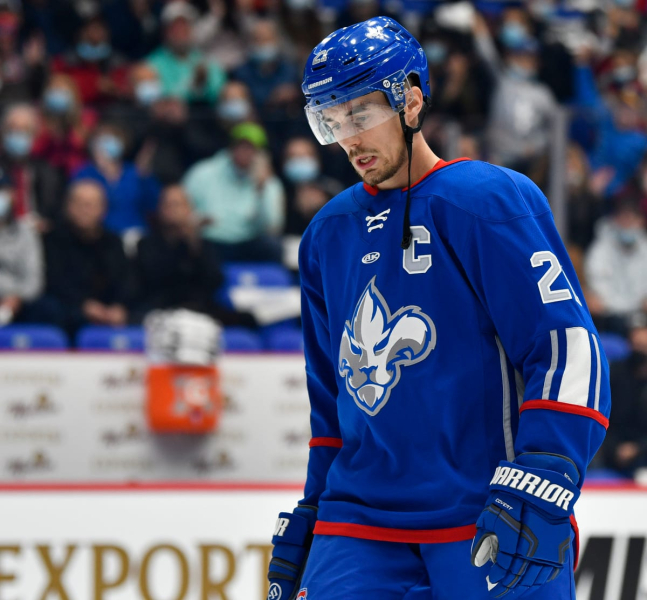 Things weren't going well for the Trois-Rivières Lions, who spurned a one-goal lead and were defeated 4-2, suffering a third consecutive loss against the Orlando Solar Bears on Saturday at Colisée Vidéotron.

The Belle Province team's offense was completely extinguished in the third period, its players only shooting five times towards the opposing goalkeeper, Jack Fountain. Seeing that the door to win this match was open, the American team did not miss their chance. Hunter Fejes flashed the red light midway through the third period with a perfect shot. Goalkeeper Philippe Desrosiers could not react in time

It was Quebecer Nicolas Guay who allowed the local team to take the lead by aiming for the skylight in the middle of the traffic in front of him . That goal came less than two minutes after Riley McKay tied the game. This one has probably scored smarter goals in his career, as the puck deflected off his pad on a throw return and slammed its way into the back of the net.

Forte its two wins against the Lions by a score of 3 to 2 and 4 to 1, the Florida formation wanted to continue on its sequence by opening the scoring with the net of Bennett MacArthur. Well positioned in front of the net, the former Acadie-Bathurst Titan skilfully deflected the disc which found a hole between the goalkeeper's pads.

Ross Olsson had equalized at the end of the second engagement, while Tyler Bird completed the scoring in an empty net.

The Lions' next game, victims of five straight losses, will take place Friday in Trois-Rivières against the Adirondacks Thunder.