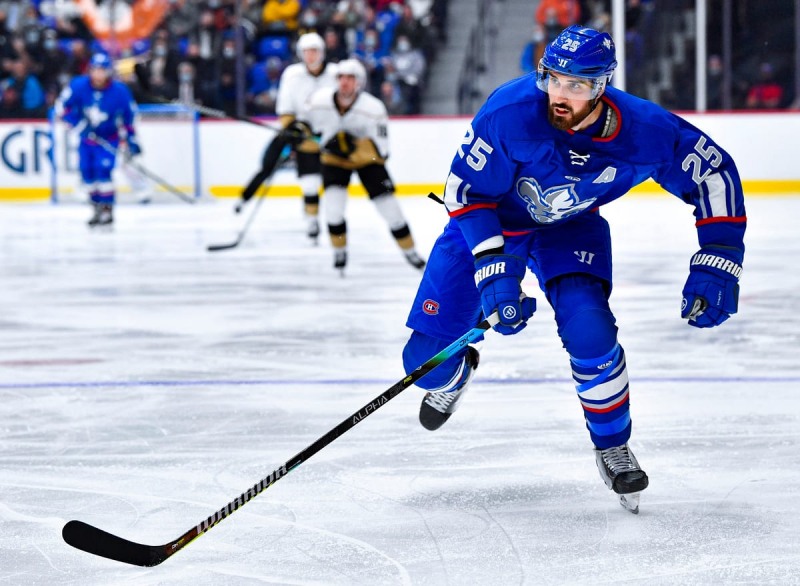 The Newfoundland Growlers, a veritable pet peeve of the Trois-Rivières Lions, once again defeated Éric Bélanger's men, Saturday at the Colisée Vidéotron, by a score of 3 to 1.

The visitors from the Maritimes had also defeated the Montreal Canadiens' farm club in the East Coast Hockey League (ECHL) by a score of 6 to 3 the day before. It was tighter this time, but goalkeeper Luke Cavallin closed the door at the right time.

Zach Solow scored twice against Lions keeper Joe Vrbetic. In the first period, he deflected a shot from the blue line behind the hope of CH, then he broke his opponents' backs by scoring with a shot on reception just 2 min 40 s from the final whistle.

Axel Rindell was the other scorer for the Growlers at the start of the third period. The Finnish defender covered the rink from one end to the other, dismissing the Trois-Rivières players in the process, to thwart Vrbetic.

The latter stood up to 36 shots from Newfoundland , while Cavallin made 30 saves. Riley McKay, whom the Laval Rocket acquired this week from the Rockford IceHogs, opened his scoring with the Lions in the loss.

The Mauricie team won only one of his first six meetings of the season, having also suffered defeat in his last four outings. She will benefit from a few days off before receiving the visit of the Adirondacks Thunder, next Friday and Saturday.